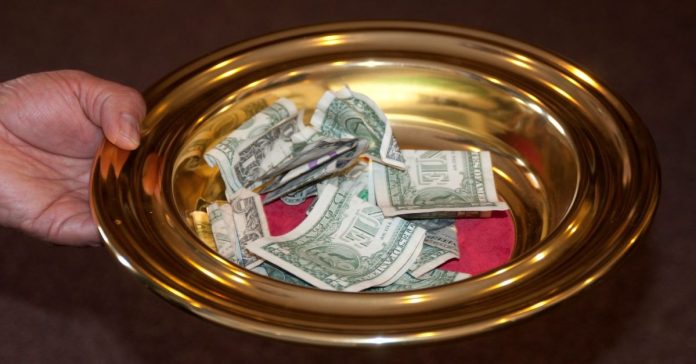 A 43-year-old Zimbabwean woman who was the treasurer of the Pretoria City Seventh-day Adventist church has been jailed for an effective three years for stealing R800 000 in tithe money in South Africa.

Memory Mutsika was convicted by the Pretoria Specialised Commercial Crimes Court for 128 counts of theft which occurred over a four-year period.

According to the National Prosecuting Authority (NPA), Mutsika’s responsibilities included transferring tithe and offering money deposited to the church account, to the Northern Conference of the Seventh-Day Adventist Church.

NPA spokesperson for Pretoria, Lumka Mahanjana, said that between 2012 and 2015, Mutsika transferred more than R800 000 of the money received from the tithe and offerings to her bank account.

Mahanjana said Mutsika converted the money to her personal use and pleaded guilty to the charges.

She said Mutsika had asked for a non-custodial sentence to enable her to repay the church the money over five years. Added Mahanjana:

However, the State argued that Mutsika always indicated her willingness to pay back the money and had not paid back a single cent since March 2022 after her conviction.

The magistrate agreed with the State and said Mutsika showed no remorse, and that she only stopped stealing not because of her conscience, but because she was caught.

The church placed her in a position of trust, but she betrayed that trust. He further said that he viewed Mutsika’s willingness to pay back the money, as a bargaining tool and as a ticket to keep her out of prison.

Therefore, a sentence of imprisonment was appropriate and criminal conduct has consequences.