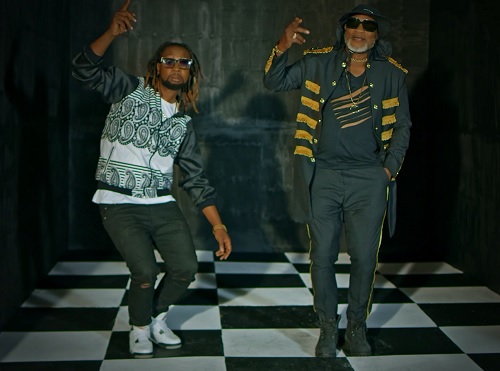 Urban Grooves artiste Rockford Josphat, popularly knowns as Roki, has distanced himself from the Youtube account (Roki zw) on which he purportedly apologized for the “ED Mnangagwa Number 1” chant in his track Patati Patata.

The “ED Mnangagwa Number One,” chants were made by Congolese Rhumba musician, Kofi Olomide in Patati Patata, a song they did together. The song also features Tanzanian artiste, Rayvanny.

Roki was criticized by some sections of his fanbase for seemingly campaigning for President Emmerson Mnangagwa through the chants.

The supposed apology issued by the “ghost” social media account said, “the shout out to the President was a way of appreciating him for honoring Our Father, Our Legend Dr Oliver ‘Tuku’ Mtukudzi & Soul Jah Love Musaka.”

In an emailed statement to NewZimbabwe.com, in response to his purported apology, Roki said he has nothing to do with the YouTube account. He said:

I view the comments as disrespectful and unfortunate to the honorable people mentioned and artists and producers I worked with on the hit song Patati Patata.

It is unfortunate that a number of innocent people including myself have fallen victim to cyber-bullying and misrepresentation on social media thus affecting their social standings in society, professional careers, families and reputations.

I encourage all Zimbabweans to desist from creating fake accounts that are aimed at misrepresenting their professions, social standings, other people and reputation.

Mudiwa Hood Ready To Give Love A Chance in 2022