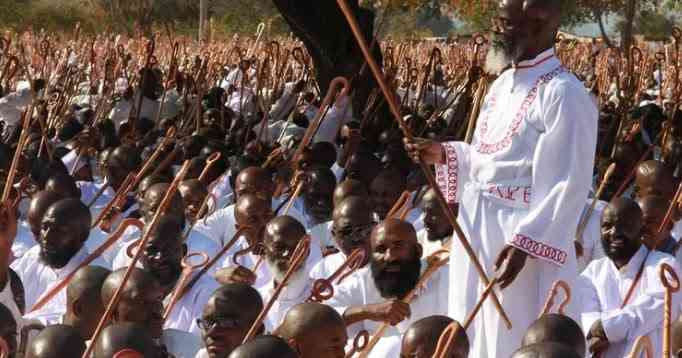 The controversial religious sect, which has its origins in the neighbouring country of Zimbabwe, is one of the “doubtful” churches which Mozambique banned.

According to the online publication Club of Mozambique, the Mozambican Ministry of Justice banned the Johane Marange religious sect in the Central Province of Manica for allegedly promoting child marriage and disrespecting health issues.

Albachir Macassar, the National Director of Justice, Constitutional and Religious Affairs, told Radio Mozambique that the Ministry had also banned some religious institutions with “obscure purposes” in the southern Province of Inhambane.

During the interview with Radio Mozambique, the director of Justice said,

“To discipline some behaviour and excesses of certain religious denominations, a draft Law on Religious Freedom and Worship is under discussion to regulate the exercise of this activity in Mozambique.”

Speaking on the draft law, he said:

According to Macassar, those who want to establish new churches must have a certificate in theology. If they are leaving an existing congregation, they must have a letter of disaffiliation or recommendation.

In Zimbabwe, the Johane Marange apostolic sect has made headlines for all the wrong reasons on numerous occasions over the issue of child marriage.

This has resulted in the church crossing swords with the authorities and child and women empowerment organisations such as the Girl Child Network and Rozaria Memorial Trust.

Many have urged the Zimbabwean government to act firmly against the apostolic sect due to its alleged lax stance on child marriage.