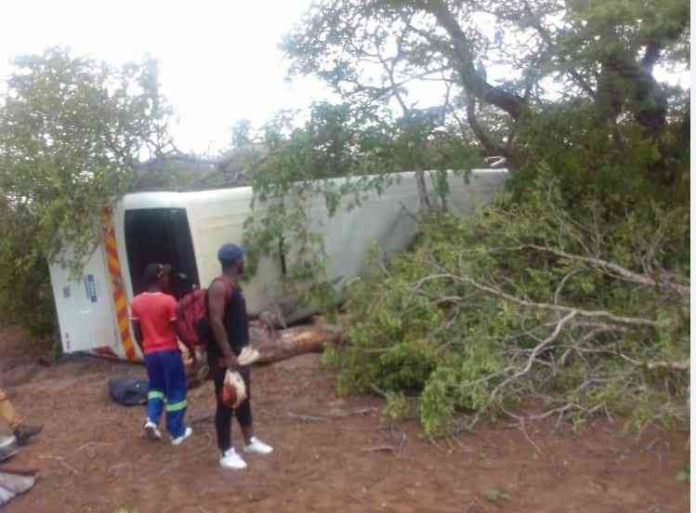 Five people were injured on Wednesday when a Zimbabwe United Passengers Company (ZUPCO) bus veered off the road, hit a tree and landed on its side.

The officer said the bus driver lost control of the vehicle in which the injured people were travelling in. Mahohoma said:

The bus had 19 passengers on board and the five injured were not seriously hurt but the bus was badly damaged.

Drivers must be cautious on the roads when they are using public roads.

Indications are that Mandlenkosi Manda (31) who was driving an unregistered Zimbabwe United Passenger Company (ZUPCO) bus lost control when he tried to overtake another vehicle upon reaching the 1km peg along the Bulawayo-Victoria falls road.

Meanwhile, five days ago, 4 people including the driver, died on the spot while 18 others were injured on the same road when a Binga bus veered off the road.