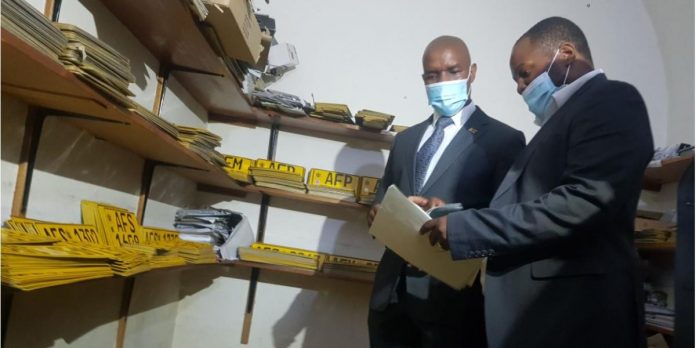 The Ministry of Transport has advised members of the public that the Central Vehicle Registry (CVR) department will be issuing vehicle number plates over the weekends to clear the backlog. 24newsONLINE News presents the notice:

The Ministry of Transport and Infrastructural Development wishes to advise the motoring public that CVR will be working over the weekends for the issuance of number plates to motorists who had already submitted their applications at CVR in order to clear the current backlog. CVR will be operating from 08.00 hours to 15.00 hours on Saturday and Sunday.

For new applications, motorists are advised to use our agencies that are Zimpost and ZIMRA countrywide.

This is happening after Transport Minister Felix Mhona has vowed to end corruption at the Central Vehicle Registry (CVR) which he said also contributed to the scarcity of vehicle number plates.

Meanwhile, police recently launched an operation on unregistered and plateless vehicles in terms of the Vehicle Registration and Licensing Act, Chapter 13:14.

More than 5841 motorists have been accounted for since the operation began.

The operation was launched amid a surge in crimes committed by motorists who used plateless views as getaways.