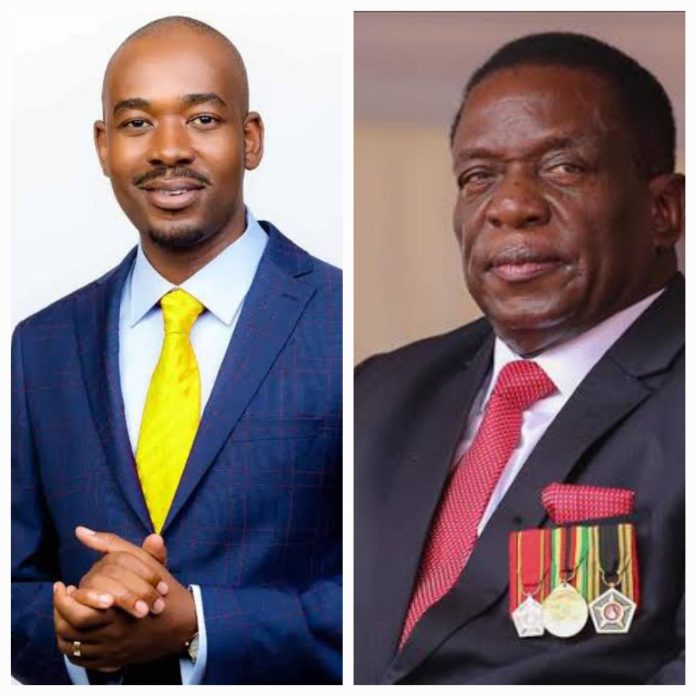 Nelson Chamisa who leads the opposition Citizens Coalition for Change (CCC) has expressed confidence in winning the 2023 presidential elections saying he will be the next president of Zimbabwe even without electoral reforms.

The former Minister of ICT, Postal and Courier Services during the Government of National Unity (GNU) made the remarks while addressing party supporters at a ‘ThankYou’ rally held at Gadzema Grounds in Chinhoyi Sunday. He said:

Against all odds, we are going to win elections. God is going to allow it, we are going to govern. Some are asking how we will win polls, but l have said we have done it before. The mistake we made in 2018 is that we won by a small margin,” said Chamisa.

Let everyone who believes in CCC register to vote. Winning by a small margin allows them to tamper with poll results.

This time around l won’t allow him to steal your vote, l will be waiting at the gates and waltz into the State House as soon as results are announced… whitewash, whitewash.

This time around, we want to beat him (President Emmerson Mnangagwa) hands down, by a wide margin, a big margin. Your vote is the gun.

He also said his party was engaging the Southern African Development Community (SADC), African Union (AU), and the United Nations (UN) to send observer missions to ensure transparency in the conduct of the elections.

Chamisa maintains that the Zimbabwe Electoral Commission connived with the ruling ZANU PF and manipulated the results of the 2018 presidential elections in favor of President Mnangagwa.

The rally on Sunday was held after winning the recent by-elections in five Chinhoyi urban wards out of six that were up for grabs. ZANU PF grabbed one which used to belong to the opposition.