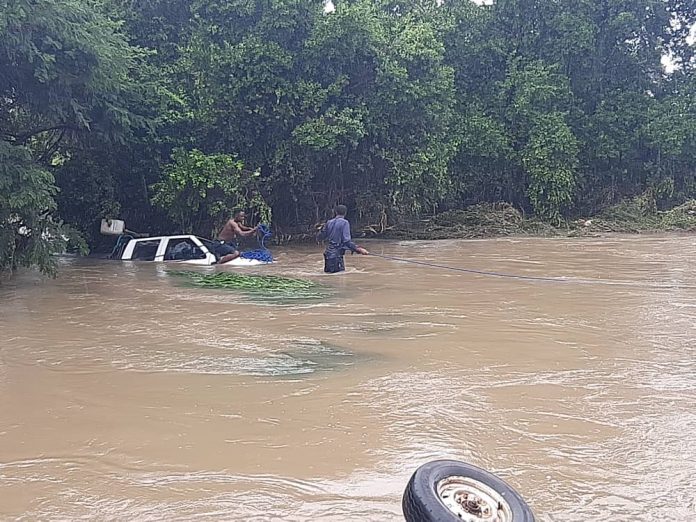 Motorists are urged not to cross flooded rivers or water points. On 17/01/2022, one person died when a Nissan Atlas 3 Tonne truck with one passenger on board, traveling along Gatche-Gatche – Kariba Road was swept by water currents at Nyaodza Bridge while crossing the flooded river. The passenger escaped through the passenger window for safety.

Last year, two men spent the night perched on top of trees in the Mtshabezi River after their Nissan Truck was swept away as they attempted to cross the flooded river.

The incident occurred at around 1 AM in the Siyoka area some 100km west of Beitbridge town. Two years ago, a Trip Trans Bus was swept away while trying to cross a flooded bridge.

This signifies that motorists have often been attempting to cross flooded rivers thereby putting many lives in danger.