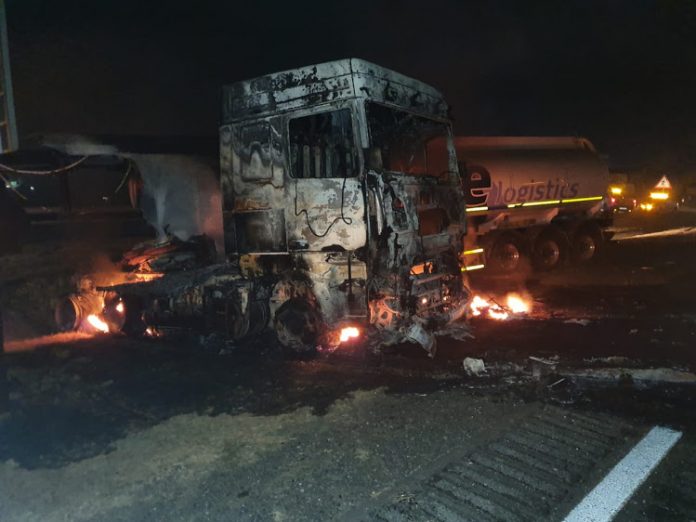 Zuma Protests Claim One Life In KZN. The South African Police Service (SAPS) confirmed that one person has been shot dead following a wave of rioting and looting across several South African provinces.

The protests, that were triggered by the jailing of former President Jacob Zuma last week on contempt of court charges, have been raging all weekend, turning deadly on Saturday night.

In a statement, SAPS said the victim, a 40-year-old male, succumbed to his injuries at a local clinic. SAPS said:

An investigation is underway to determine the circumstances surrounding the fatal shooting of a 40-year old man who was certified dead at a local clinic.

Meanwhile, the number of arrests in KZN has increased to 37 thus far. Police working closely with Metro Police have been able to disperse crowds and foil attempts to barricade roads.

The “Zuma Protests” have cascaded to Gauteng Province where SAPS officials have also had a rough ride in trying to restore law and order.

In Alexandra, police arrested 18 suspects – 16 of them for public violence also linked to the shooting of a police officer who was rushed to hospital for urgent medical attention.

Two other police officers sustained minor injuries. The other two suspects were arrested for possession of suspected stolen property and malicious damage to property.”

This came as police responded to information of a group of people from Alexandra who targeted and forced entry into businesses, and started looting.

Local Metro Police Departments, have heightened visibility and remain on high alert in response to incidents of opportunistic criminality and violent protests.