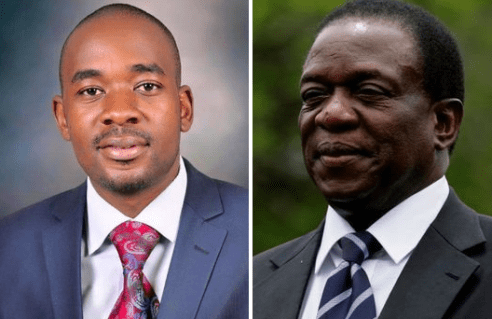 The Political Actors Dialogue (POLAD) — a grouping of politicians who contested the 2018 presidential elections — yesterday held its maiden Economic Summit which drew together captains of industry, labor unions and development partners.

In his opening remarks, President Mnangagwa once again extended an invitation to opposition party leaders who contested in the 2018 harmonized elections, including the MDC-Alliance led by the people’s favorite leader Mr Nelson Chamisa to join Political Parties Dialogue (POLAD) for the betterment of the country.

The President said no one had monopoly on ideas. MDC-Alliance officials have snubbed POLAD.

“The cornerstone of the Second Republic is dialogue as a means of resolving the challenges that may arise in our nation and the sharing of knowledge among us as Zimbabweans,” he said.

“No one has the monopoly of ideas on how our country can speedily modernize, industrialize, develop and grow. It is only through dialogue and hard honest work that our collective efforts can be fruitful. As you may be aware, POLAD is a platform which seeks to enhance national cohesion, unity and political tolerance.

“In addition, the forum is committed to undertake remedial steps to address identified gaps to enhance economic stability, growth and sustainable development.

“In that spirit, this summit presents us with an opportunity to put our minds together towards the realization of our national vision and aspirations. We have, as a Government, declared 2020 as the year of productivity and trade; as such, let us work in unity of purpose to achieve our development milestones and ultimately, Vision 2030.”

He said turning around the country’s economic fortunes was not an overnight event, but a process that could take time.

“The economy is an intricate ecosystem that requires our collective effort and hard work. It influences our day to day lives regardless of our creeds, socio-economic status, political or religious persuasions, among other things. I therefore, call upon my fellow countrymen and women to join hands and help chart a better future for the collective good of our country.

“In doing so, let us be realists and acknowledge that, to put our country back on its rails will not be an event, but a process. There are no quick fixes. We must be bold and stay on course, always seeking sustainable means to resolve our challenges. Let us act and speak with the collective good in mind and never be blinded by individual or sectoral benefits.

“In unity of purpose, let us provide proposals and recommendations that stimulate investment, productivity, decent jobs and fight poverty. Innovative ideas which will help Government to develop robust social safety nets for the more vulnerable members of our communities are also welcome.”

The President said his administration would be responsive to the requirements of the market. He urged Zimbabweans to explore ways of increasing productivity and attract local and foreign investment.

“As we consolidate and accelerate our economic recovery, let us be emboldened by the fact that Government is not on sabbatical leave. Policies and programmes are in place on which we can build. I therefore urge delegates, as you engage, not to gloss over the unique, specific realities, which we find ourselves in as a country,” said President Mnangagwa.

“Most of these are unprecedented in other economies. It is through a realistic understanding of our situation that our discourse would be more useful.”

After the President’s address, there were panel discussions chaired by various committee chairpersons.

First was the business panel where captains of industry outlined the challenges they were facing. Confederation of Zimbabwe Industries (CZI) president Mr Henry Ruzvidzo said currency and exchange rate stability and policy consistency were key to economic development.

“Perhaps a national currency stabilization plan which is still and time-bound is necessary,” he said.

Mr Ruzvidzo said the Government was there to protect market distortions and pointed out that uncertainty around business environments discouraged investment.

Ms Rosemary Kariuki of the World Bank acknowledged that 2019 was a difficult year globally and Zimbabwe was no exception.

South African Ambassador to Zimbabwe Mbaleka Mbete and his Chinese counterpart Guo Shaochun gave detailed accounts of their economic experiences and how their governments managed to overcome the challenges they were facing.

There was another panel discussion on labor and consumers where labor leaders explained the challenges facing workers due to relentless increases in the cost of basic commodities.

Ms Rosemary Siyachitema of the Consumer Council of Zimbabwe (CCZ) said consumers were struggling to transact electronically due system challenges while other traders were refusing to embrace the use of plastic money.