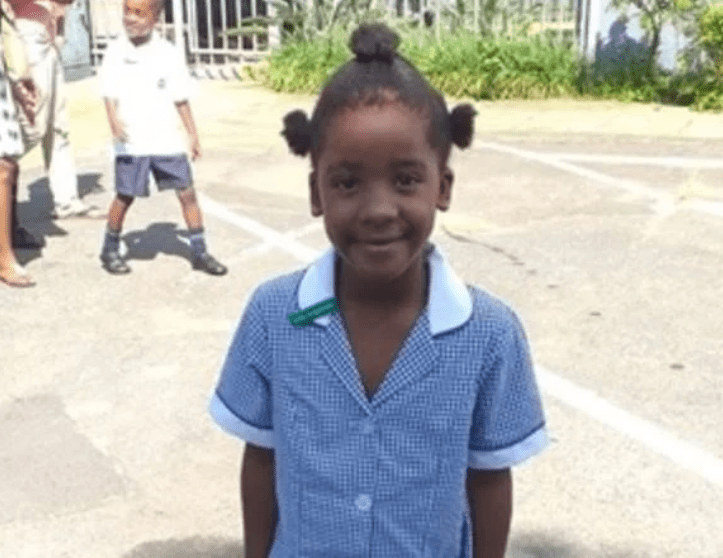 In a shock twist, the mother of six-year-old Alexia Nyamadzawo, whose body was found in sugar-cane fields on the KwaZulu-Natal north coast on Tuesday, appeared in the Umhlali Magistrate’s Court on Wednesday on a murder charge.

Fungai Nyamadzawo, 42, appeared briefly on Wednesday, and has also been charged with kidnapping, and defeating the ends of justice.

She will remain in custody until June 10 when she will next appear in court.

National Prosecuting Authority spokesperson Natasha Kara said no further details could be divulged at this point, as investigations are still ongoing.

Her next court appearance will be a bail hearing.

24newsonline previously reported that a woman was arrested after Alexia’s body was found in a field outside Glendale in KwaZulu-Natal on Tuesday.

According to a missing person’s alert, Alexia’s mother claimed her daughter had been “snatched” from the backseat of her car on Sunday.

Alexia, 6, was with her mother and 14-year-old sister when she was allegedly “snatched”, according to the alert.

The credibility of her story is now in question as she looks set to face charges of defeating the ends of justice, and could face a perjury charge.

Earlier this week, according to KwaZulu-Natal police, a 42-year-old woman was taken in for questioning on Monday, News24 reported.

“Detectives enlisted the services of the Umhlali Search and Rescue Unit to assist in the search for the missing child,” police spokesperson Brigadier Jay Naicker had said.

“Following an arduous operation, the body of the missing child was located in a sugarcane field in Riet Valley,” he added.

“We treat all crimes against women and children very seriously and were extremely concerned when allegations of kidnapping surfaced.

“We are disappointed that we could not find the missing child alive, however, we will do everything that is within our control to ensure that the perpetrator is brought to book,” he said.

*This story has been updated.