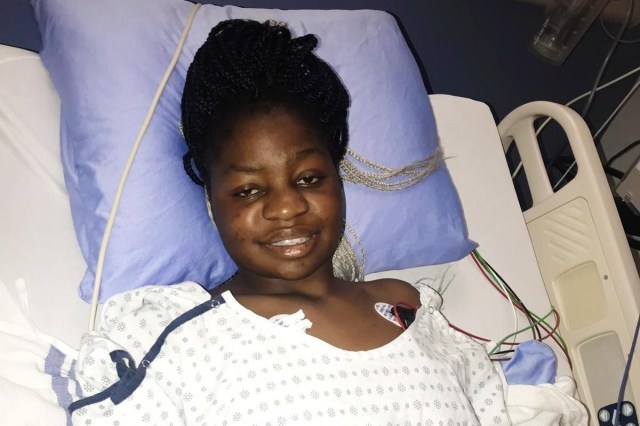 In a rather sad development, a Zimbabwean woman who is based in Canada attempted to commit suicide by jumping from the third floor of an apartment. Fortunately, she survived the jump although she suffered some serious injuries and complications. Priscilla Kuda Munangati is reported to have tried to commit suicide because she is facing deportation from Canada.

Some of her colleagues have since started a crowdfunding campaign to raise $5 000 for Munangati so that she can pay the legal fees to battle the deportation and get authorization to stay in Canada legally.

Outlining the fund’s purpose and appealing for help, Madzinga wrote,

Fellow brothers and sisters, I come before thee, humbly asking you to be there for one of own; Priscilla Kudakwashe Munangati

Priscilla is fighting for a stay in Canada. She was given a deportation order by Canada Immigration and Border Services a few years back.

During that time, Priscilla was going through a lot of challenges that unfortunately led her into attempted suicide acts. She involuntarily jumped from a 3rd floor apartment building. By God’s grace, she survived but the accident left her with so many injuries and medical complications.

She is currently admitted at Alberta Hospital in Edmonton, AB Canada. She is fighting for her wellness under Canada Border Services remand conditions. Awaiting deportation to Zimbabwe.

Kudakwashe has now been presented with a fighting chance by Canada Immigration and Border Services. She is now eligible to apply for a Pre Removal Risk Assessment (PRRA).

However, the challenge now is legal fees for her to complete the process. Kuda has accrued a balance of close to $5,000.00 in legal expenses.