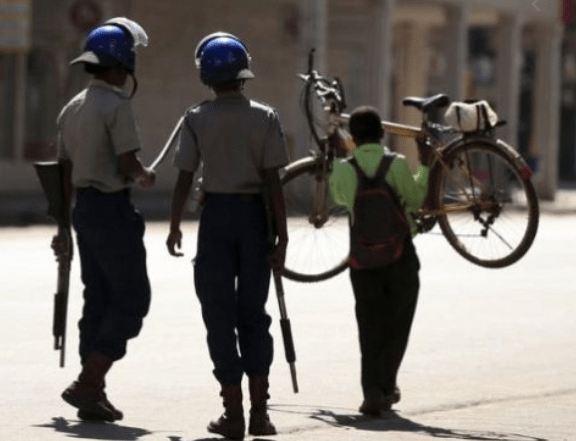 THE Covid-19 lockdown is likely to be extended for the third time beyond May 17, but more restrictions may be further eased in areas that are not at high risk, official sources told the Zimbabwe Independent this week.

The decision was made during Tuesday’s cabinet meeting, in which the head of the national Covid-19 response taskforce, Vice-President Kembo Mohadi, reported that with fresh cases emerging in the past two weeks, the wisest decision was to keep the lockdown in place.

The number of official Covid-19 cases marginally rose from 32 to 37 during the period, but the government is more worried about the nature of the new infections which, according to the Ministry of Health and Child Care, were localised.

According to the World Health Organisation (WHO), localised infections are an indication of the disease getting out of control.

“It all points to the lockdown being further extended, according to deliberations in cabinet. The VP (Mohadi) clearly stated that it was too soon to lift the lockdown altogether, especially given the continuation of infections. However, the taskforce was urged to make more consultations on which other sectors of the economy that can be re-opened. Restrictions like night curfews and curbs on public transport may continue in areas designated as red zones,” a source said.

However, the meeting was dominated by a discussion over the proposal by Industry and Commerce minister Sekai Nzenza to raise the price of subsidised mealie-meal by 20%, which was shot down by her colleagues who feared that such an increase could spark national outrage.

Nzenza, sources said, wanted the price of a 10-kilogramme bag of roller meal to be increased to ZW$228 from the current price of ZW$190.

The discussion, which dragged on for about an hour, ended with President Emmerson Mnangagwa proposing to set up a special cabinet committee to further look into the issue, according to officials.

The committee is likely to be established at the next cabinet sitting on Tuesday next week.

The country is experiencing an acute shortage of the staple maize meal due to a drought, which resulted in poor harvest.

With prices of basic commodities soaring beyond the affordability of many Zimbabweans, the government introduced a subsidy on the unrefined maize-meal in November last year.

But even that price has been on an upward march, with grain millers complaining that the subsidy regime was unsustainable.

For instance, last month, the price was increased from ZW$49 to ZW$190.

“Nzenza tried hard to push cabinet to accept the proposal to increase the price of roller meal by a further ZW$51, arguing that the current subsidy cannot be sustained. This raised serious objections from most of the cabinet members who felt that the move would be politically suicidal since the people cannot afford the current price and the nation is on edge,” an official said. “There was a huge debate over the issue, but it ended without a solid resolution because she (Nzenza) was really determined to push it through as she was under pressure from millers who have repeatedly threatened to switch off the mills if the price does not go up.

“However, other ministers would have none of it. The discussion went on for about an hour until the President said there should be more consultations on it and promised to establish a committee to look into the issue. So, I think the committee will be set up when cabinet meets next on Tuesday.”

Nzenza could not be reached for comment as she was not answering calls on her mobile phone.-Independent

Update on govt response to coronavirus…