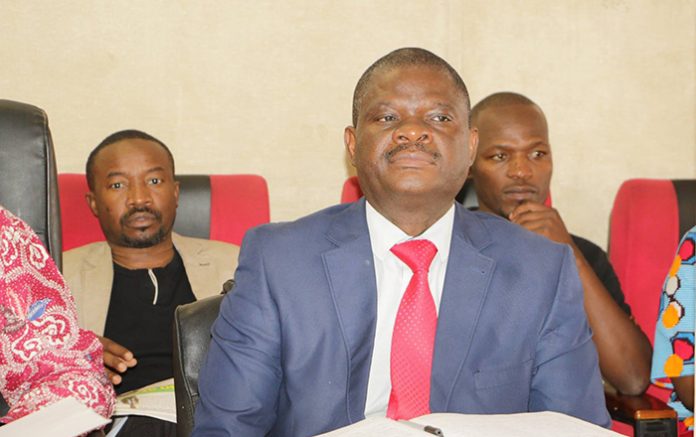 National chairperson for MDC-T, Morgen Komichi yesterday warned that Zanu-PF would cruise to victory during the 2023 harmonised elections if the country’s opposition parties remained divided.

Komichi, one of the candidates that lost the MDC-T presidency to Douglas Mwonzora at the party’s extraordinary congress last December, said the current disunity in the opposition camp would give Zanu-PF victory on a silver platter.

“They pose no threat at all to Zanu-PF come 2023. Either group, there is no one with the capacity to dislodge Zanu-PF if this division continues. It is like the enemy is no longer Zanu-PF.”

Komichi said divisions within the MDC formations would only help Zanu-PF to win in 2023, adding that the resolution to the country’s economic woes could only be possible through a united opposition.

“Remember, before the MDC Alliance was formed, we were getting around 1,2 million votes and the number doubled because of the unity by all forces. People must unite and there is no need for fighting.”

Ironically, Komichi and Mwonzora left the Nelson Chamisa-led MDC Alliance in a huff and joined the then Thokozani Khupe-led outfit, after the Supreme Court ruled that the appointment by the late MDC-T leader Morgan Tsvangirai of two vice-presidents – Elias Mudzuri and Chamisa – in 2016 was illegal.

Mwonzora and Khupe have since recalled over 30 MPs linked to Chamisa, as well as more than 80 councillors countrywide.

MDC Alliance national deputy spokesperson Clifford Hlatywayo said: “They are already in a unity arrangement with Zanu-PF and that is why they were helped to attempt to destroy the MDC Alliance by taking our properties, recalling our councillors and MPs among other actions.”

Meanwhile, Jacob Ngarivhume of Transform Zimbabwe has already warmed up to uniting with the MDC Alliance.-newsday