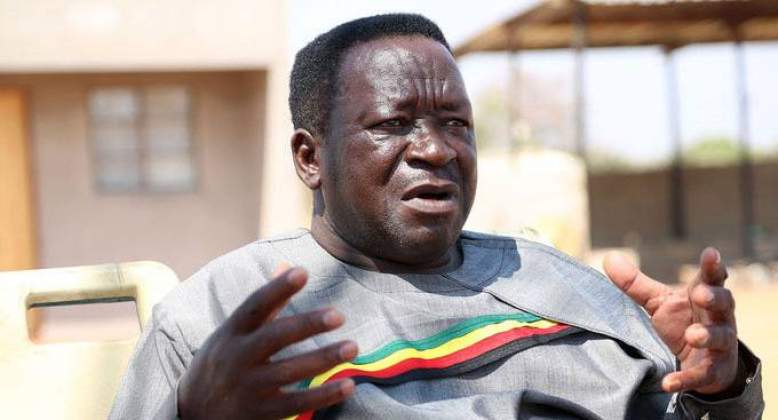 ZANU PF has distanced itself from a Thursday planned demonstration at the United States Embassy organised by its national commissar Victor Matemadanda.

Matemadanda Monday announced the ruling party would stage a demonstration at the US Embassy in Harare following the killing of a black US man, George Floyd by the police last week.

However, Matemadanda seemed to have organised the march without seeking approval from other senior party colleagues including President Emmerson Mnangagwa.

In a statement released Wednesday night, Zanu PF acting Information Secretary Patrick Chinamasa described the march as a “purported event” that did not abide by Mnangagwa’s national lockdown regulations.

“Zanu PF wishes to announce that the purported event organised by the office of the Party’s National Political Commissar Cde Victor Matemadanda to petition the US Embassy following the brutal killing of George Floyd has been aborted,” Chinamasa said.

“This is in line with the President and government directive for all Zimbabweans to abide by the national lockdown regulations in so far as the country is fighting to contain the spread of Covid19 pandemic. Needless political gatherings are, therefore, contrary to this directive and the nation must stand guided.”

Police had earlier in the day also stopped Zanu PF from holding the march as it violated Covid-19 lockdown regulations.

“This office acknowledges receipt of your notification letter dated 02 June 2020 in which you intend to stage a demonstration against the killing of a black American George Floyd by USA police and illegal economic sanctions at the USA Embassy (Westgate) on the 04 June 2020 at 10 00 hours,” wrote Smart Matongo Chief Superintendent Harare suburban district to Matemadanda.

“Take note that gatherings of whatever purpose, are prohibited during this period save for those exempted in the statutory instrument.

“May you please shelve the idea at the moment until we have passed this pandemic phase.”