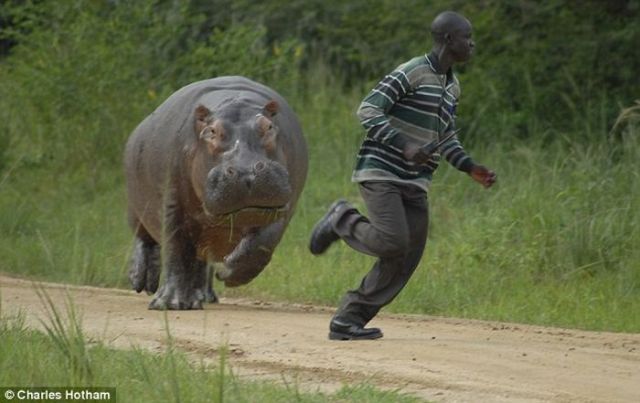 Zaka 81-year-old grandpa killed by hippo while he was herding cattle. Masvingo Police spokesperson Inspector Kudakwashe Dhewa told The Mirror that Langson Svondero was bitten on the left leg, fell down and trampled upon till he died on Friday.

An 81-year-old Zaka man has died after being bitten and trampled upon by a charging hippopotamus. The incident happened at Mupuwa Village, Chief Nhema in Zaka at around 5pm while Svondero was herding cattle with a minor grandson in a bush.

“A hippopotamus appeared from a thicket charging towards Svondero. His grandson called out to him but the hippo bit his left leg and he fell to the ground before he could run away.

“The hippo then began trampling him. The grandson ran to the village calling for help but when it arrived Svondero had already died. He sustained a deep cut on the chest,” said Dhewa.

ZimParks spokesperson Tinashe Farawo said the hippo most likely came from Chiredzi River and they are on the ground investigating the matter.

“It is very unfortunate that we have lost a life in the human-wildlife conflict. The hippo mostly like came from Chiredzi River and will return to its habitat. We are on the ground investigating the matter.

“We are having human-wildlife conflicts across the province especially in Bikita, Zaka and Chiredzi. Last year a 71-year-old man was killed by a buffalo while bathing at a river,” said Farawo.- myzimbabwe