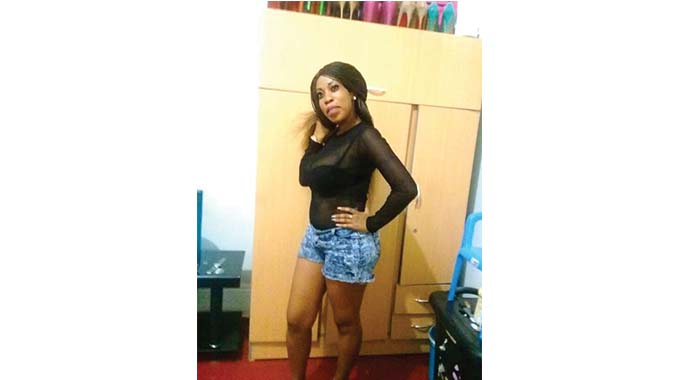 The public was treated to a dramatic incident last week on Saturday when a skimpily dressed woman bolted out of a car clutching her handbag after she was caught cuddling a married man.

The dramatic “movie” which entertained onlookers for more than 10 minutes occurred at around 7pm in the vicinity of corner 6th Avenue and Herbert Chitepo Street.

The fuming woman who was only identified as MaNgwe shouted that she caught “a hooker” Natasha Ncube kissing her husband Thembani Ngwenya.

In a fit of rage, the angry woman turned her husband, who was visibly drunk, into a punching bag and left him rolling and wailing for help on the ground.

As he yelled in agony, onlookers cheered and urged her to mete out more punishment.

“This will force you to stop bragging that you are a ladies man. Today you got the taste of your own medicine and this is will make you correct your stinking ways. Now you are bleeding awuyangeki (are you not ashamed),” a woman shouted with a high-pitched voice.

In between sobs MaNgwe told this publication that one of her friends who also sells wares in the vicinity informed her that her husband was having a nice time with Natasha.

“A friend of mine who sells soft drinks here told me that my husband was taking alcohol with Natasha and with a lady known as Ntando. I had to rush here to confront her because I feared that she would wreck my marriage. I was shocked when I found them (Thembani and Natasha) kissing and fondling each other,” said the heart-broken MaNgwe.

She added: “Quite often I have stumbled on s_xually suggestive WhatsApp messages which Natasha exchanged with my husband. In one of the messages the pair were negotiating for a s_x session. When I confronted my husband about it he said Natasha was in the habit of following him.”

Thembani refused to talk to the news crew as he got into his car and drove away.-B Metro