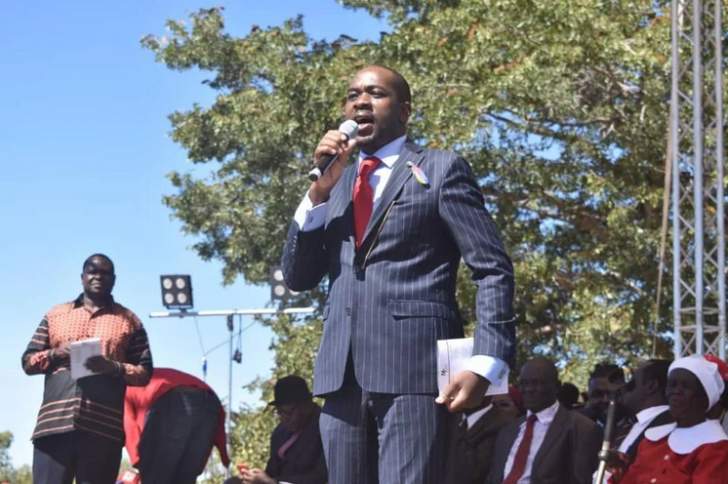 MDC leader Nelson Chamisa said his party and its membership are ready to confront the Government of President Emmerson Mnangagwa, as hopes that there will be a dialogue outside the POLAD have all but faded.

Chamisa said this while addressing a tumultuous crowd at the Morgan Tsvangirai lecture hosted at a city hotel by the MDC’s Harare province in conjunction with the Morgan Richard Tsvangirai School of Leadership and Ideology Development (SOLID).

“We are the best because we learnt from the best. Morgan Tsvangirai taught us that we must use peace to confront guns and violence.

“This is the year of action. They will try to shoot us and whenever you see anyone using guns, you must know that they are cowards,” Chamisa told the crowd.

He said Zimbabweans were ready to peacefully confront the dictatorship, said Chamisa, who frequently interspersed his speech by questioning the crowd whether they were ready for action, to which there a deafening din as the mammoth crowd responded in the affirmative.

He said through the MDC, formed by the late icon and others, Tsvangirai taught Zimbabweans of the glaring limitations of the liberation struggle.

He said while the liberation movement had brought political independence, it had glaringly lacked the capacity to govern and to turn around the economy.

“In government, especially this government, we have men and women with absolutely no clue,” Dr. Mandaza said to rapturous applause. He said Tsvangirai’s legacy of courage and bravery was second to none.

MDC needs to shake off the student activism mode
The late opposition icon’s brother, Manase Tsvangirai, said his brother was a torch-bearer and urged the MDC leadership to remain united until victory was achieved.

He said the democratic struggle must not be betrayed and urged elected deployees of the party, particularly MPs and councillors, to remain grounded in the people and not to abandon the people who voted for them.

The party’s chairperson for Harare province, Hon. Wellington Chikombo walked the crowd through the life of the late icon, which showed that he was a man of tenacity and courage. He said the late icon was brutalized, harassed and charged with treason but remained focused on the struggle.

Chamisa said apart from the Morgan Tsvangirai Memorial Lectures, which would become an annual event, the party was consulting with the family with a view to forming the Morgan Richard Tsvangirai Foundation so that the icon’s name would remain embedded and etched in the national psyche.