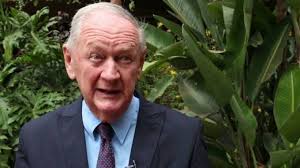 Right now most Zimbabweans are deep in a slew of despair. My father who died at the age of 83 said to me once that he could never remember a time when things were what you could call ‘normal’. We were always in some sort of crisis. He saw the market crash in the 1930’s, then the Second World War, then the Federation and its breakup. Then the liberation war and sanctions and the Robert Mugabe era. Thank goodness he was not around for the collapse here in 2000 to 2008, or the subsequent changes in 2017/18. It just never seems to stop.

But we tend to forget that life on this beautiful, but turbulent planet has always been like this. Jesus once said ‘In the World, you will have tribulation’, not maybe, ‘will’. So why are we sitting around complaining with our lot? We should expect little else and learn how to thrive despite the conditions around us. The quote above goes on to say ‘but, be of good cheer, I have overcome the world.’

Sceptics would say that there is little evidence of this in our world but in many respects, the saying is true, in the middle of all this turbulence, we can know ‘the peace that passes all understanding’ and discover that ‘He’ really does ‘give us our daily bread’.

My own feelings are that we have made real progress in the past year or so in the task of setting Zimbabwe on the road back to prosperity and growth. But it is not going to be quick, easy or without pain. When I say this to friends they regard me with that look that basically says – you again, the forever optimist! I counter this with two arguments – please show me anyone who ever really achieved anything without optimism – optimism in their own capacity and in achievement of the task that they had taken on. My second illustration comes from our guerrilla war, would my sceptics go into battle with leadership that did not believe they could fight and survive? Of course not, it is an essential feature of leadership that we believe in what we are doing and what we are going to achieve.

So just what has been achieved in the past year in Zimbabwe? I list the following which in my view constitute real progress and essential building blocks for the future:

In 2019 we adopted a national budget that, for the first time since the GNU provided for a fiscal deficit that was below 3 per cent of the GDP. We then went on the turn the year end with a substantial fiscal surplus. When you cast your mind back to 2018 when we were running a budget with a 40 per cent deficit of expenditure over income. Observers thought Mthuli Ncube was a ‘magic man’. At the same time the Ministry of Finance imposed strict controls on all State expenditure and enforced this new discipline across the board.

We have got our Government salary bill under control, reduced employment in many areas and we are now spending less than 40 per cent of all State revenues on salaries – against nearly 100 per cent in 2018. We have enforced Public Sector management reforms including limiting the tenure of all key staff to two terms, introduced performance targets for all Ministries and State enterprise and limited participation in the Boards of over 100 SOE’s and other State controlled entities.

We have conducted a complete review of all Government liabilities and consolidated these for management purposes. Our total consolidated external debts amount to US$14,3 billion. That might sound like a lot of money but what astounds me is the fact that the original sum borrowed was only US$4,2 billion, the rest is interest and penalties. My own view is that we can handle these debts without difficulty even if we get no assistance from the international community. I was astounded that the World Bank is charging us 10 per cent interest – in USD that is just ridiculous. This is more serious in real terms than sanctions. If China had been subject to such penalty interest rates, their evolution as a major economic player would have been impossible.

In addition to these significant achievements – all of which are recognised by the IMF, we have completely revamped the way in which we are funding Agriculture. Command Agriculture was costing us billions every year and declining in effectiveness and production – it was clearly unsustainable. What is now in place is much more accountable and targeted and will be used this winter to grow the winter irrigated crops. The new systems will then be geared up to handle the much larger summer cropping program. All we now need is to provide greater security for farmers and it is a national calamity that so little progress is being made in this area.

We have formalised the use of the RTGS dollar and our paper currency and today over 90 per cent of all transactions are made in these currencies in domestic markets. The talk of re-dollarisation is simply a lack of understanding, we are de-dollarising our economy but recognising this will take years, not months. We have to re-establish confidence in our own currency and our ability to protect and maintain its real value. So long as people think it is not a safe vehicle for savings, people will retreat to the US dollar as a store of value – just like gold in previous centuries.

The reality is that there is much more US dollar cash in our economy than our own currency. We are trying to remedy that but it takes nearly a year to get a new currency designed and printed and put into circulation. In the meantime, the existing currency actually trades at a 30 per cent premium in local markets over the RTGS dollar. It is even widely traded in neighbouring States. So the State has decided to slow down the process of de-dollarisation and to allow people to use their own foreign funds on the domestic market. This will tap into the very considerable volume of hard currency that is being traded in the informal economy and assist us in meeting demand for essential imports.

On the exchange rate side, we are working to create a proper formal market for hard currencies but this has proved more difficult as the existing systems are so entrenched. Our Banks have not operated in these markets for many decades and will have to adjust to a market driven, open and competitive system that will be much more challenging to manage. But gradually it is happening and the fundamentals, as I keep on saying, are sound and do not justify present informal sector levels of 25 to 30 to one. We have a balanced trade account – we are now earning enough hard currency to meet all our needs for imports.

We have now liberalised the current account and you can import what you want, all you have to do is find the local currency to buy the foreign currency to do so. The next step is to make sure you do not have to go to a dealer or trader and make private deals. You will eventually be able to go to your bank and ask them to buy foreign currency for you and then credit your own Foreign Currency Accounts. The Government has clearly pledged that they will never again allow these private accounts to be raided. Even so many do not trust the new authorities, it will take time to rebuild confidence. I have both types of account with my own bank and for the first time I can travel abroad and pay for everything I need with a card. I have been in business for 60 years and have never been able to do that.

But we cannot make real progress until we all believe that these changes are real and will not be reversed. Only then will we start to behave differently and invest in our own future.