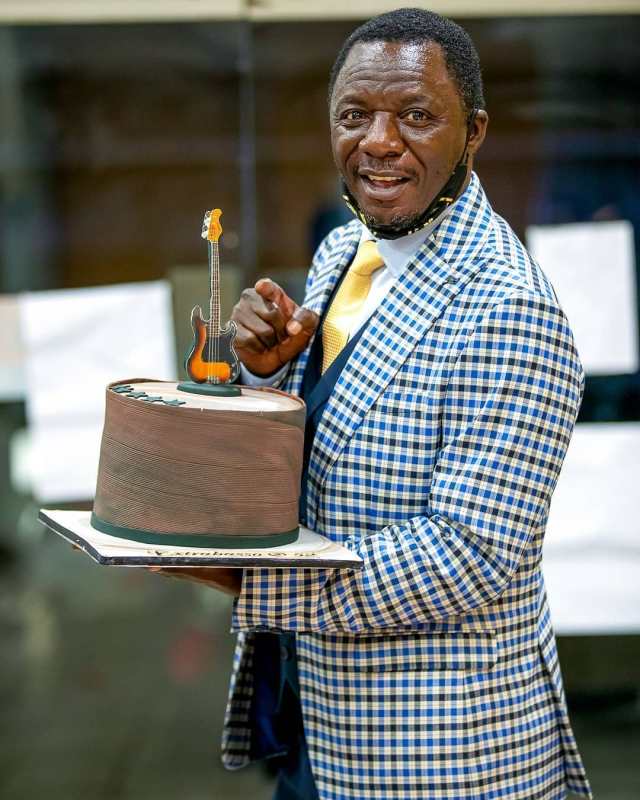 Being the sungura torchbearer and showbiz’s unrivalled father-figure, Macheso has been celebrating his birthdays on song and dance each year. He was born on June 10 1968 in Shamva, Mashonaland Central and defied a harsh upbringing to become an entertainment guru who would accrue both fame and fortune.

This year, he departed from the norm as he celebrated his special day midweek online with his peers due to the Covid-19 pandemic. US-based prophet and music promoter Passion Java-powered the 52nd birthday anniversary, which was beamed on ZTN via Facebook live streaming.

Macheso’s birthday bash set a new record after it was watched by over 27K viewers.  Presenters Chacha and Bhutisi presided over the celebrations while chanters Jah Signal, Enzo Ishall and Chengeto Brown were part of the line-up.

APPRECIATION
Macheso’s publicist and head of communication Tich Makahamadze said they were humbled by the support they got. He also praised Passion Java and his ‘emissary’ Wanisayi “Mahwindo” Mutndwa of Mahwindo Foundation for making their event a success.

Not to be outdone was car dealer and businessman Brighton Ushendibaba of Pan Jap Motors who did a lot to ensure the event lives to expectations at a time when many people are struggling to make ends meet.

“We are grateful to Prophet Passion, ZTN and of course fans and individuals who really made our day a success. “There are so many people who made our day special and I’m afraid if I omit others,” he said. On their 27K views they received, Makahamadze said it was a true reflection of the support Macheso commands.

“Fans had missed Baba Shero and the man himself (Macheso) had also missed the stage and fans. “We last performed on March 14 this year before lockdown and ever since our public performance, we have been rehearsing without shows.

“You could see the hunger our band members had as well as Baba Shero’s anxiety. “The feedback we got will push us to further work hard since we command a huge following.  “We are not going rest on our laurels after that record crowd as fans expect and want more from us,” he said.

WAY FORWARD
After the mid-week show which marked a new chapter in Macheso’s life, Makahamadze said they will continue with their studio work.

“After the mid-week triumph, we are looking forward and now the attention is on our next album that we are working on.

“We have covered much grounded and so far we have recorded 12 songs from which we are going to select the track to include in the album. “As usual, we are going to set up a panel that will select the best songs to be included on the album,” he said. Makahamadze said they will now consider to hold online shows with the help of various stakeholders.

“We have realised that there is another market that we have been starving on the Internet and we are looking forward to hold similar shows.

“As it stands, everything is done online and we don’t know when this pandemic will end or take us. “We needed to be prepared for any eventuality,” he said.

BRANDING
After being endorsed as one of the finest brands in local showbiz, Makahamadze said they were ready to step up efforts in ensuring brand visibility.

For a start, said Makahamadze, he said they would ensure they are active on all social media platforms. “We might have a lot of followers but that will not be enough for us to stamp our authority in showbiz.

“We are going to up the game and continue doing our charity work as part of our social responsibility.

“Of course we have been trying our best but things are really changing and we can’t afford to continue doing the things the old way. “As indicated, we don’t know when this pandemic will end or suppressed so there is need for us to think outside the box.

Omicron Clouds Forecasts For Endgame, How Will Pandemic End?