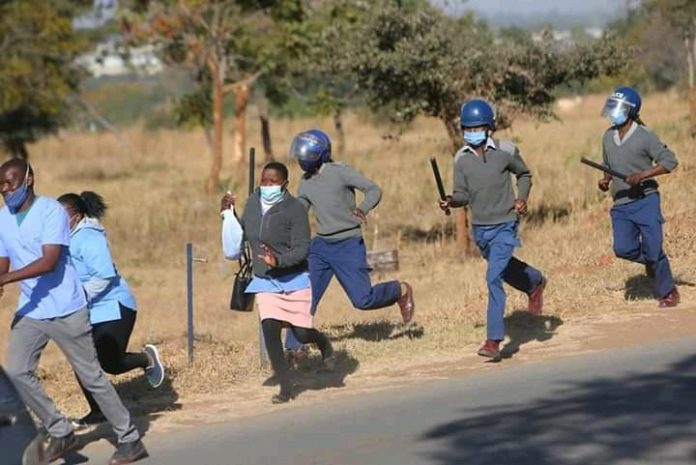 The police officer, Violet Kadiki, who is based at Warren Park Police Station, said it is the duty of police officers to defend Mnangagwa from those who oppose the government.

Kadiki told the court that they arrested the accused for carrying placards written: “ED must Go”.

Asked by Muchadehama if saying ED must go is bad, she responded by saying “yes”. Added Muchadehama:

So what do those placards written ED must go mean? … What if the protestors were saying ED meaning another politician, Egypt Dzinemunhenzva?

Kadiki replied she only knew “ED” as the President. She said:

Dzinemunhenzva, a perennial Presidential aspirant, was one of the candidates in the 2018 polls.

Kadiki said she could not identify the accused persons in the dock, saying they were wearing face masks at the time of their arrest.

The trial was postponed to Tuesday.

Uzalo to be pulled off air!