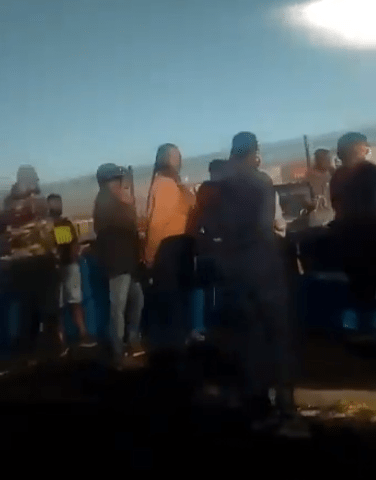 No alcohol sales are permitted on Fridays, Saturdays, Sundays or public holidays.
Long queues have already begun to form outside liquor stores in Johannesburg, as people scurry to get their hands on alcohol, after the closures of stores more than two months ago.

Scores of Joburg residents have braved the chilly weather to secure their places in line at liquors stores ahead of their opening on Monday morning.

Under level 3 of the lockdown, President Cyril Ramaphosa announced that alcohol can be sold only on Monday to Thursday between 9am and 5pm

No alcohol sales are permitted on Fridays, Saturdays, Sundays or public holidays.

Traders will also only be permitted to sell alcohol for consumption off-site and the consumption of alcohol at the place of sale is prohibited.

In the West Rand, many alcohol stores have had long queues forming from as early as 6am.

At the Makro in Strubens Valley, the queue is snaking around the store, with strict social distancing measures being enforced.

Most of the customers who are at the front of the line are small business owners and tavern owners, who are here to stock up – to get back to business after more than 2 months of not being able to trade.

In the video below, people have already started queuing at liquor stores:

Social media have expressed excitement with the reopening of liquor stores around the country.

Others have likened the reopening of liquor stores as the welcoming of a new year.

But some have questioned this excitement saying people who have been complaining about not having money to survive during the lockdown, are now using their last money to buy liquor.

People who were complaining about being broke because of LockDown, Will be Standing in the QUEUE at Tops Today. #Tops #Level3 pic.twitter.com/FxhnMkeMTl