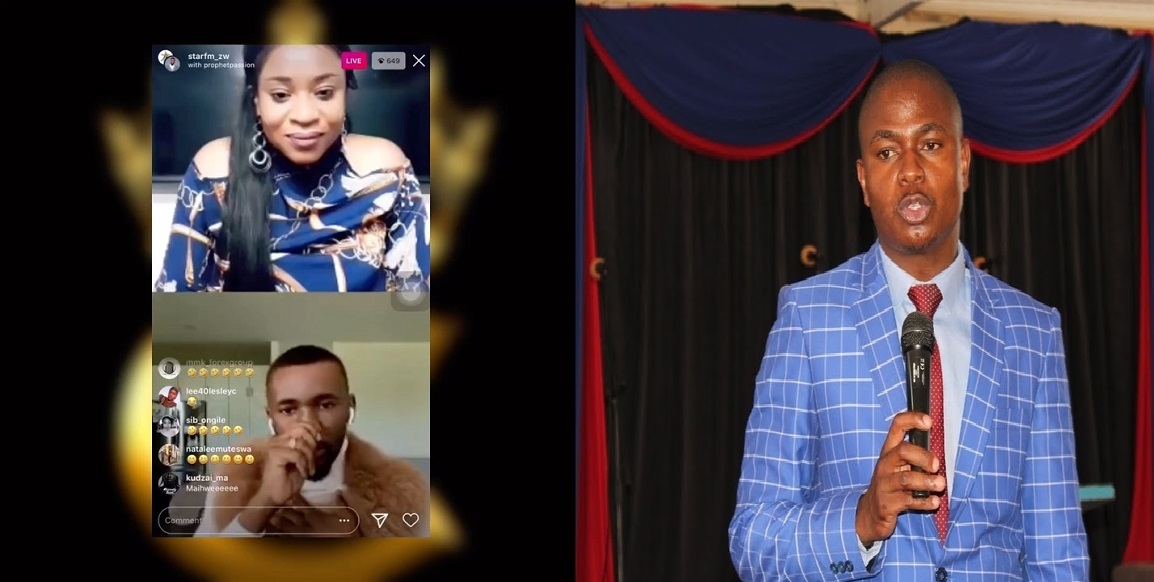 Passion Java to Chiwenga – Tanga wachinja zita nekuti uchafa uchiWenga vanhu: Video. We told you there was going to be drama as soon as we heard Pastor T Chiwenga making those fresh attacks on Passion Java.

The battle is on again as Apostle T Chiwenga blasts Prophet Passion Java again. Well, two controversial self-proclaimed Men of God have been racing with those who are doing beef with each other.

Preacher and Pastor Talent T Chiwenga known for his blasting fellow Prophets and preachers was at it again blasting the man we can safely say is the Prophet of the moment Passion Java saying that he changed his names, deserting his real name which is Panganai Java.

But as you all guessed Prophet Passion Java or you can call him Prophet Twabam at least that’s what everybody is calling him did respond in a most fashionable way possible and we all know the guy, what he is capable of. Its all war on the internet and its keeping people busy in this lockdown moment.

This was battle number 1 and from the look of things, there is going to be battle number two after the Apostle attacked Passion Java again in his latest video. Now just as we predicted the controversial Prophet has replied to the Chiwenga video. He replied to him whist being hosted by Star FM’s Miss V Candy on her new show Candy with Candy. And you know how the guy does his things, check the video below