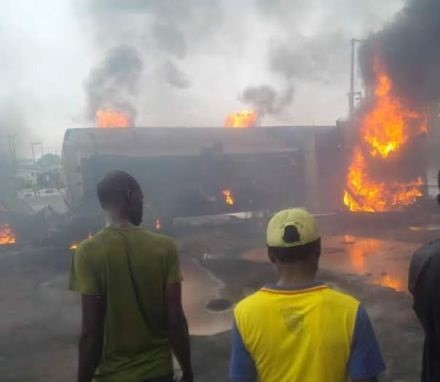 The owner of Magagula Lodge where Bobo Andile Mchunu was mercilessly beaten to death has been burnt down by protesters and they seek Justice For Bobo #JusticeForBobo. The owner of Magagula lodge is being accused of mercilessly murdering Bobo together with other suspects. Residents of Hambanathi in Tongaat have decided to burn down the lodge. Residents have decided to attack the lodge

Andile went missing on 28 April after being senselessly beaten by a group of men for allegedly stealing alcohol. He was last seen at the lodge where the men beat him. His body was recovered from Newton River in Tongaat and six suspects have since been arrested.

South Africans on Twitter started a #JusticeForBobo hashtag on Twitter as they seek the attention of the South Africa justice system to intervene in the Bobo story.

Another version of the story by one of the community members is that the Magagula lodge owner is Andile Mchunu’s uncle. he might have been entrusted to sell on his behalf but misappropriated funds. Another version labels Bobo as a thief who stole beer from a tavern.

Here are some of the reactions on Twitter about the burning of Magagula lodge where Bobo was killed:

“Where are the owners???? They must burn them”

“Good, show us more. We want to see it on the ground, those police must watch it happen like they did nothing when they were asked to go there esaphila”

“Those saying they’re burning the evidence_ it’s still fine..Great actually! Let them be released for lack of evidence so the community deals with them accordingly… Imagine ur tax being enjoyed by such trash in prison… They must burn! Di rabbishi tseo”