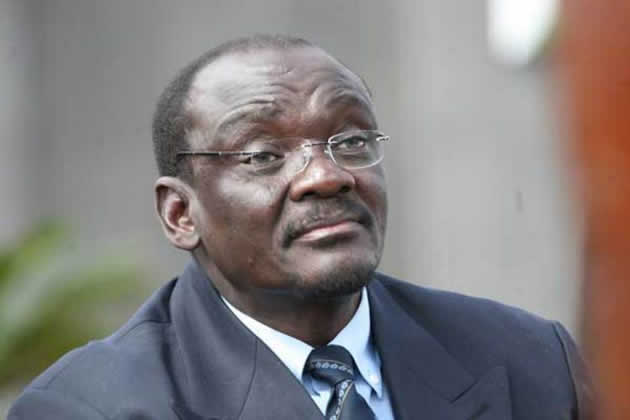 A LOCAL human rights activist, Pascal Gonzo has approached the High Court seeking to have Vice President, Kembo Mohadi held in contempt after failing to pay him US$80 000 in damages.

In 2009, Gonzo was abducted and tortured by state security agents.

Gonzo, a member of the Zimbabwe Peace Project (ZPP) was detained and assaulted by police in 2009. He won a lawsuit in which the High Court ordered Mohadi and Mutsekwa to compensate him for the suffering he endured.

The two were then Home Affairs co-ministers and Gonzo said despite repeated demands, he has not been paid.

He was abducted in 2008 on allegations of attempting to topple the now late former President Robert Mugabe’s government.

In his application, Gonzo said in November 2019, the High Court issued an order by consent in his favour that he be paid US$80 000 as damages but the respondents have failed to honour the payment.

“There can be no doubt that the respondents have knowledge of the judgment it having been entered into by consent and in view of the deed of settlement entered into between the parties.

“As a consequence, they must be directed to pay US$80 000 together with interest at the prescribed rate from the date of service of summons to the date of payment in full and cost of suit on a legal practitioner and client scale within 14 days of this order failing which they must be committed to imprisonment for 90 days, or until such a time that their contempt is purged.”

Gonzo said he was unhappy that the respondents had not engaged him to seek an extension to pay.

“Had it not been deliberate the respondents would have been apologetic or would have engaged me or my legal practitioners to seek an extension within which time to pay.

“It is this same attitude that has brought us here. The respondents and those acting through them abducted and tortured me without any recourse to the law including court orders. They have no regard for the law. They can’t even fulfil their own undertakings,” Gonzo said.

Big Zulu to be paid for Imali eningi challenge #ImaliEningiChallenge