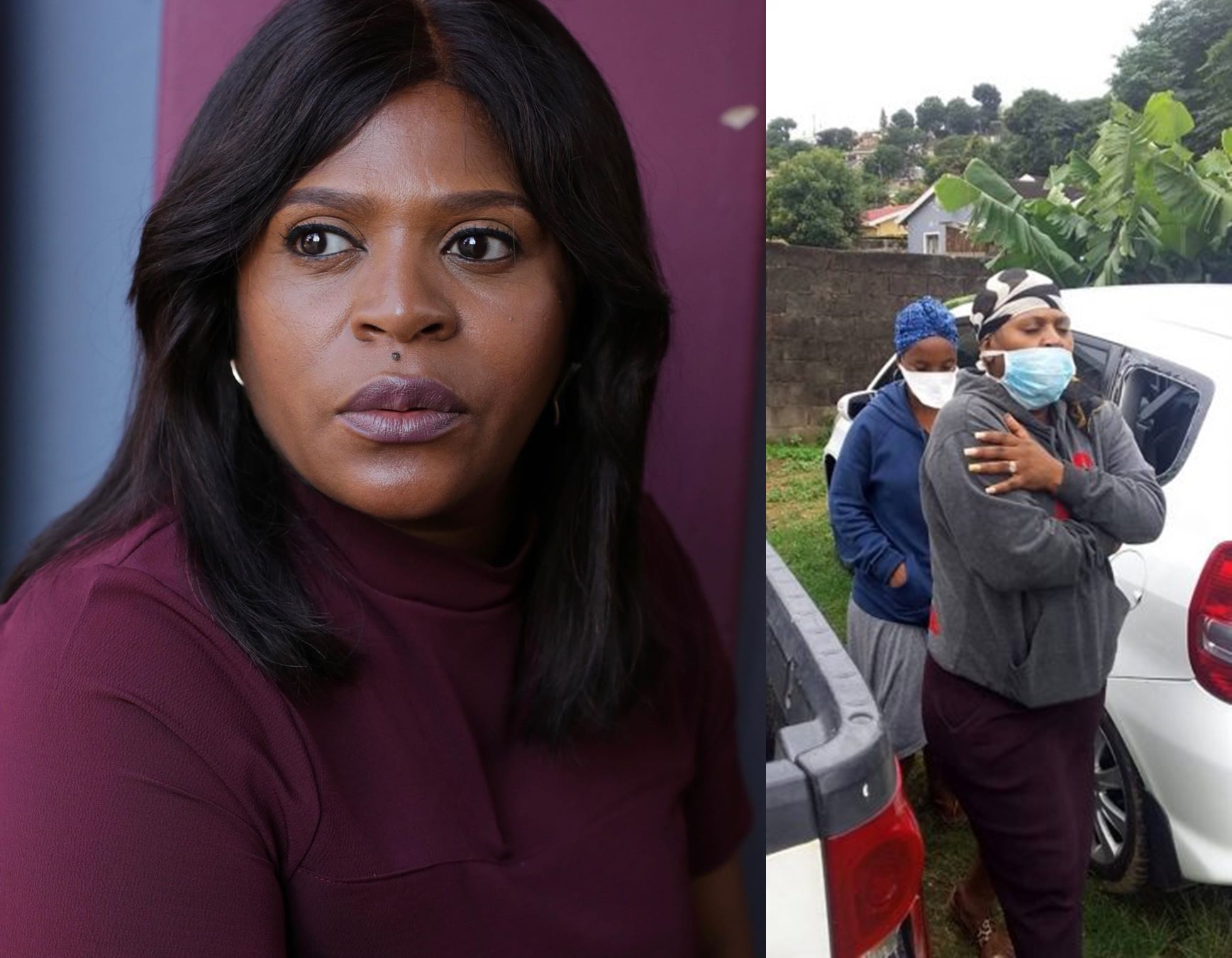 She had big plans for 2020. Following her show-stopping wedding last year, Baby Cele looked forward to a sun-soaked honeymoon with her new hubby. The actress, who has branched out into production, had also planned to promote her new film, but then Covid-19 happened and everything had to be put on hold.

Just as she was getting to grips with life under lockdown, another disaster struck. Baby was dealt a terrible blow when she lost two relatives recently. In April, her beloved sister Norah was killed, allegedly at the hands of Norah’s son, Mbuso. The family is still battling to come to terms with the tragedy.

“This has been a very difficult time for us,” Baby tells DRUM.

“Mbuso was okay, he had a job and seemed fine. It didn’t make sense to us why he would do such a thing,” she says.

According to reports, Mbuso – who had been suffering from depression – shot his mother before injuring his wife, Zanele. The women had apparently refused to go for a drive with him when he turned a gun on them.

Zanele (35) survived the shooting but Norah (72) died at the scene.

Mbuso (37) fled in his car and was later found in Amanzimtoti with a bullet wound to the head.

At the time of the deaths, Baby says the family were reeling from the heartbreaking loss of Norah’s younger son, Lindokuhle (23), who was stabbed to death in February because he was gay.

Baby is struggling to make sense of it all. “We thought [Mbuso] was just going through something that was making him unhappy but something deeper must have been eating him.”

Baby says no one really knows what happened that day. “I was told he arrived home saying he wants to talk. But clearly, he had already made up his mind.”

The murder and suicide have “crushed us”, she says. “You never think things like this will happen to you, but this time it hit home.

“Depression is tough to understand. All the signs were there but, you know, sometimes in our communities we do not take depression seriously, we think a person will be okay.

“If a person is sad or unhappy, we think they will eventually get over what they are going through. But that was not the case with Mbuso,” she continues.

“All I want now is for us to heal and make peace with what happened.”

FAMILY is important to the TV star. With the country still in lockdown, Baby (48) has been spending her days bonding with her daughter Yolisa (21) and nine-year-old son Thando.

“Yolisa started her first year at Lisof fashion school where she is studying fashion design. She’s very good with sketches,” she says.

Thando was being homeschooled before lockdown. “Thando is a very active child. In the beginning, I struggled to understand it and we would fight when he became bored. He easily catches onto schoolwork, but he gets bored,” Baby shares.

“I was advised to try a boutique school where he can get individual attention. So, he attends school with two to four children in a class but now, because of lockdown, Thando is doing online schooling. He is incredibly smart,” she adds proudly.

“Lockdown is difficult, but we are making the most of this situation.”

Despite rubbing shoulders with Mzansi showbiz royalty, she doesn’t have a domestic worker and prefers to be hands-on around the house.

“I don’t have an aunty that takes care of my kids. I’m very finicky about my personal space,” she says.

“The kids stay alone during the day. After shooting Uzalo, I get home, take a shower before touching or hugging the kids then I make supper. It’s become the new norm. My kids don’t leave the house when I’m at work, so they remain safe from the coronavirus. I also need to make sure I’m safe at work for the sake of my family.”

Baby lives between KwaZulu-Natal and Johannesburg where her husband, Thabo Maloka, is based. It’s not easy jetting from one city to the next, but the two make it work.

“In the beginning, we would see each other every two weeks and take turns to visit. But we decided we should visit anytime, so there’s no pressure to travel when you don’t feel like it,” she adds.

It may seem like an unusual arrangement to some, but it works perfectly for them. “Our marriage is stronger than ever.”

SHE loves being married to her husband so much she keeps saying “I do”. In 2017, Baby wed Thabo in a lavish ceremony. Last year the couple cemented their love with an equally extravagant ceremony.

Baby and Thabo, who arrived at the ceremony in a small airplane, spared no expense on their glamorous wedding outfits and fancy reception.

Like any relationship, however, it hasn’t always been plain sailing. The couple dated many years back but broke up when Yolisa was three years old.

“In 2014 we got back together as if we had never been apart and we made things work,” she tells us.

Having survived two broken marriages, Baby didn’t see herself walking down the aisle again, but certainly has no regrets. “I love my marriage and my family,” she says.

“The love and respect my husband gives me is my source of strength. We support each other’s dreams and we make time for our relationship.”

Thabo had her back when she told him she wanted to try her hand at filmmaking. The veteran actress, who has over 30 years of experience in the industry, wanted to spread her wings and got working on her short film, The Wife.

“The film is about a married couple living large in a beautiful home. But things are not as perfect in the marriage as it seems on the outside. The couple struggle to conceive, and this is when trouble starts in the marriage.”

Baby wrote and directed the 25-minute movie. “I had planned to travel to film festivals across the country, but there is still hope to promote the film after lockdown,” she says.

She’s not one to cry over spilt milk. “Everything happens for a reason,” she says.

She’s thrilled to be back at work on the set of Uzalo. She plays fan favourite Gabisile Mdletshe in the popular SABC show. “I love Gabisile. She has multiple personalities, you can’t say you know her for sure.”

After three years on the show, Baby still enjoys figuring out what makes her character tick. “Gabisile has been through so much. She’s protective of her family and maybe in the future, the writers will unfold what made her be this way because she’s deep and has many layers.”

Baby can also be seen in Netflix’s Blood & Water, which has been taking the world by storm. “This series intrigues me, and I wish to have a bigger role in the second season,” she hints.