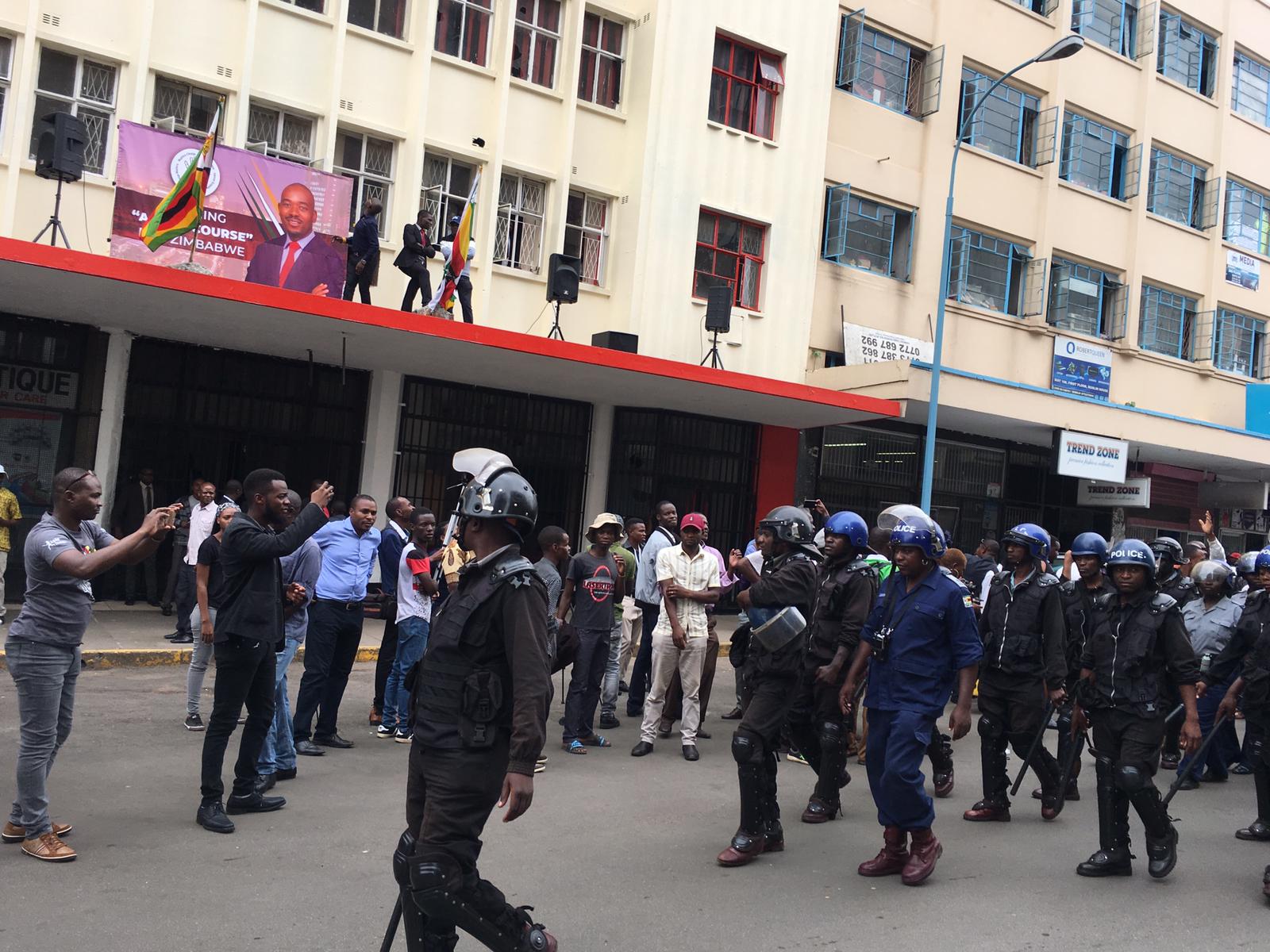 Reports coming from Harare suggest that MDC-T President Thokozani Khupe has taken over the opposition Head office Morgan Richard Tsvangirai House. The reports come after an unconfirmed letter making rounds on social media said Nelson Chamisa had handed over the office to Khupe.

The armed soldiers and police barricaded the Morgan Richard Tsvangirai House which is also known as the Harvest House from the control of the Nelson Chamisa aligned MDC Alliance and into the control of rival Thokozani Khupe’s faction.

The party wishes to advise that following the communication sent by the Acting President Dr. T. Khupe to Advocate N. Chamisa, the latter has today through party officials allowed for a peaceful handover takeover of control of the Morgan Tsvangirai House (Harvest House).

Check the video below

In the dead of night, armed soldiers & police aided Mwonzora youths to forcibly enter Harvest House. Their unlawful actions have nothing to do with constitutionalism & everything to do with capturing the opposition at any cost. Political power comes from the people not soldiers. pic.twitter.com/6peCJ1Prkp