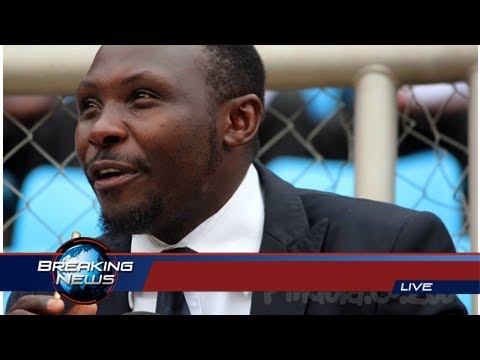 VETERAN radio and TV sportscaster Spencer Banda is in trouble as dozens of former students of a school where his father was a principal are accusing him of raping and s__xually abusing them multiple times.

This is not the first time Banda, a former ZBC TV presenter, has been accused of r__pe.

In 2006, while he was still in the employ of ZBC, Banda was arrested and charged with r__pe. He appeared before Chinhoyi magistrate Mr. Wantson Chagwiza to answer to the charges, involving two girls, both aged 14, whom he allegedly r__ped. It remains unclear how the case was concluded, but Banda eventually did not go to prison

Now, the at the rundown Sodbury Secondary School, located in Mashonaland West, Darwendale area, some 65 km from Harare and near Inkomo Barracks, which is allegedly owned by Spencer Banda, allegations of r__pe against Banda have resurfaced.

Former students at the school have formed a social media platform, supported by women’s rights activists and lawyers, to expose the popular sportscaster who they allege r__ped them.

Among the prominent people supporting the call for the arrest of Spencer is Olinda Chapel, a UK-based socialite, who has promised to ensure Spencer is arrested before the weekend.

Students in the WhatsApp group have also confronted Spencer and his wife after adding them to the group, in chats seen by the Zimbabwe Voice.

Spencer admitted to falling in love with the underage girls, but denied ever sleeping with any of them, in a chat seen by this publication. He profusely apologized and pleaded with the former students, who are now parents, to forgive him.

In 2018, Spencer Banda was allegedly bashed by a Harare man after having been caught red-handed with the man’s wife.

Watch the video below as former students of Sodbury narrate how they were r__ped by Spencer Banda at the school around 1998 to 2001.

Chaos as boyfriend kills girlfriend over text messages and disappears