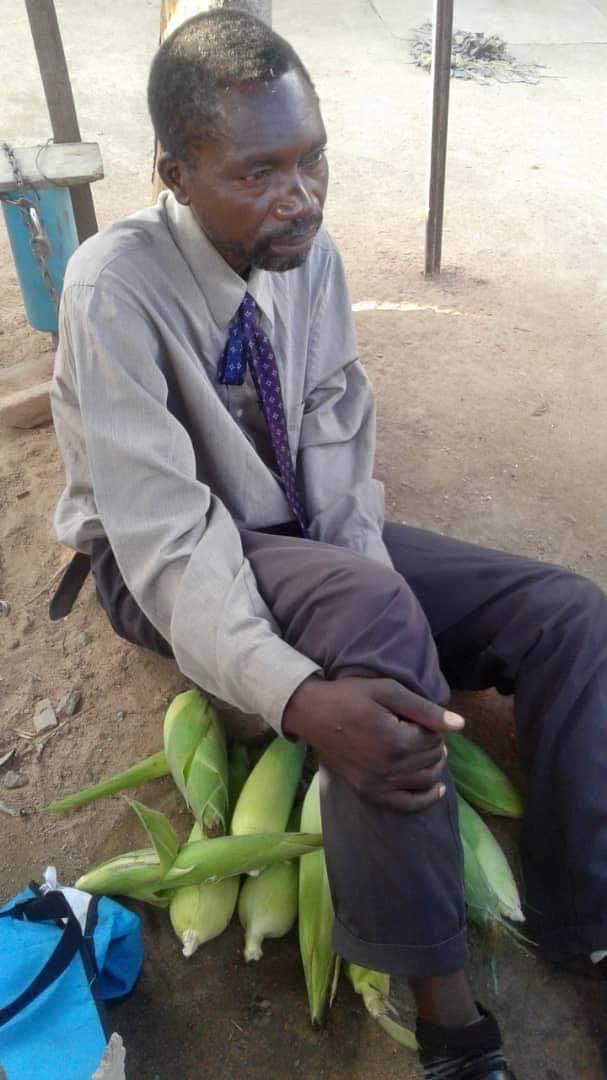 Zimbabwean rapper Mudiwa Hood has come to the rescue of an impoverished headmaster who went viral on social media after he was allegedly caught stealing fresh maize cobs. The image of the downtrodden headmaster caused mixed emotions on social media platforms with many decrying how a professional had been reduced to such a state by the unforgiving economic environment.

Mudiwa Hood has declared that he is searching for the headmaster so that he can help him big time. He bemoaned the fact that the man, had lost his dignity by trying to feed his family. He argued that the headmaster had been dealt a cruel blow despite the fact that he had done everything expected of him in his life.

Writing on his social media page, the rapper said, THIS IS MY HERO, HE DID NOT KILL, HE DID NOT RAPE, OR BEAT HIS WIFE…NOOOO…HE JUS TOOK 8 MAIZE COBS TO FEED HIS FAMILY😭😭😭😭…I DO NOT CONDONE THE ACT BUT I CELEBRATE LEVEL OF DISCIPLINE. I WILL HELP HIM!!!

Kindly allow me not to care what this man did…this is not a look of a criminal but a genuine family man who has tried it all in this land😢i do not condone the act of stealing maize, but the intention to feed his family broke my heart💔, this is sad😭😭😭…Where is he, kindly help locate him, i want to help him big time, and will appeal to others who want to join me to feel free to and change this man’s life…He is learned…he did it all, what life demanded of him, he deserves respect and i want to respect him?

ITS SAD WE FORGET THE WORK OUR TEACHERS DID FOR US TO BE HERE WHERE WE ARE NOW, KINDLY SHOW ME WHERE THIS MAN IS…PLEASE HELP!!.

Connie And Shona Ferguson Shock Mzansi, Nobody Was Ready!