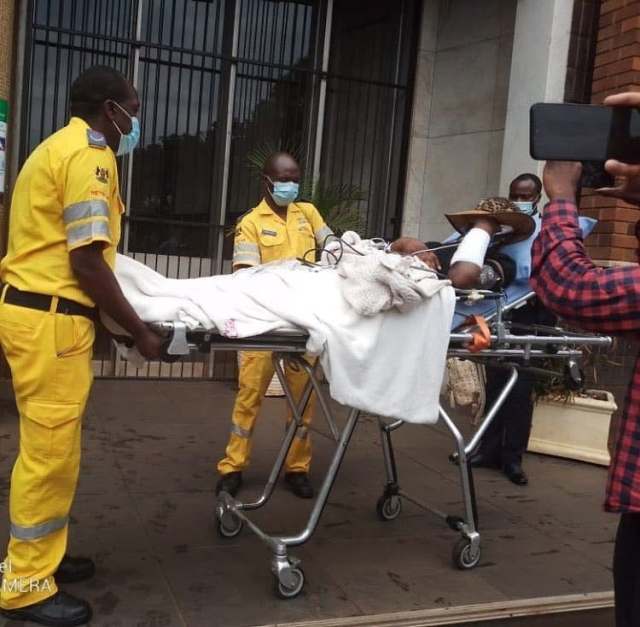 They want me dead, Mary Chiwenga. This comes as the former model is embroiled in a nasty divorce with the former army boss who is reportedly abusing his powers to “punish her” for alleged assassination attempts.

Marry Mubaiwa-Chiwenga, the estranged wife of Vice President Constantino Chiwenga fears for her life as unidentified people are stalking her.

Speaking to NewsDay in an interview, following her forced appearance in court for attempted murder, money laundering, and assaulting a family maid, Marry said Chiwenga is cooking up the charges against her in a bid to fast-track their divorce.

She added that the level of intimidation she was getting from the VP was too much. Sobbing in-between, Marry claimed:

I am very much afraid for my personal life at the moment. I am living in fear. I just don’t know why I am being stalked and my calls being monitored. They want me dead and are using every trick in the book and if anything happens to me, there would be no witnesses.

On Monday, while I was coming from court, I was told that an unregistered Mazda BT50 with three people was parked at my offices. The people were taking pictures. They are said to have even slept there, why are they doing this, they know better…

It is really sad that we have men who still take pride in dehumanising women to that extent. God has ways of bringing out the truth and as they say, the truth will set me free. I have a lot to say, but I am human, I will be quiet. My silence will be out of respect for my children, my and his (Chiwenga) own integrity.

Marry also claimed that she is being denied access to her kids and permission to get medical treatment outside the country after she suffered severe injuries from an explosion at the White City Stadium, Bulawayo on June 23, 2018, at a rally that was addressed by President Emmerson Mnangagwa.

She claimed that everyone who got injured that time is receiving medical attention outside the country, including Chiwenga, but she can’t since the state is refusing to give or release her passport.