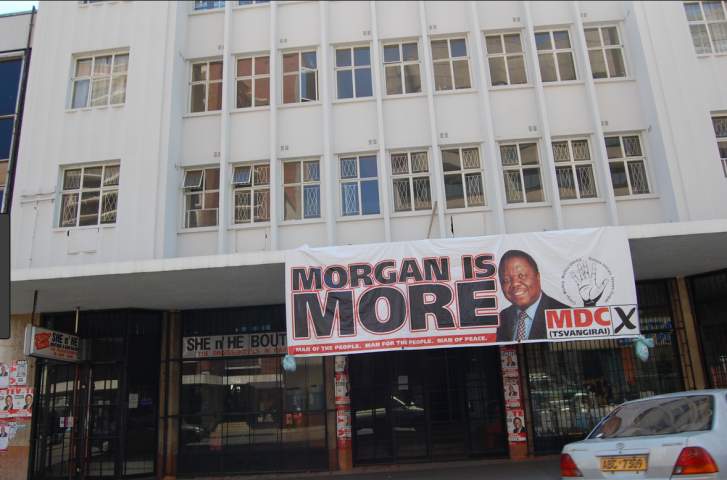 Morgen Komichi, the reinstated vice chairman of the Movement for Democratic Change Tsvangirai (MDC-T) led by Thokozani Khupe has claimed that there was going to be chaos during the takeover of Morgan Tsvangirai House had the state security forces not intervened.

Komichi told journalists in Harare on Saturday that the army got involved to prevent the situation from degenerating into chaos. He said:

The presence of the army was simply to deal with Covid-19 issues. They were not there to assist in the takeover of our property and you must also know that the young people, who had come there had petrol bombs.

Their intention was to burn down the building and it was actually going to be a serious risk of burning down many other buildings and there was need for intervention to save the city from burning down.

The report was corroborated by MDC-T secretary-general Douglas Mwonzora who claimed they intercepted messages by MDC Alliance officials mobilising people to gather at the party headquarters.

He added that they now have a peace order which bars MDC Alliance officials from coming to the “MRT House or interfere with our party headquarters.”

Bushiri hits back at Rachel J’s husband Mukupe: A man has a duty & obligation to protect his wife…