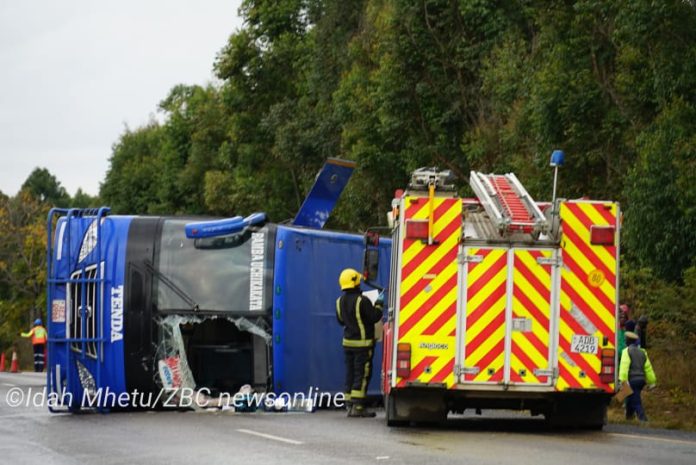 One person died while 8 others were critically injured when a Tenda bus they were travelling on veered off the road and overturned near Rusape.

Police said the accident occurred around 4 PM this Thursday at the 165km peg along the Harare-Mutare highway. A statement posted on the ZRP official Twitter page reads:

The ZRP confirms a fatal road traffic accident that occurred today at around 1600 hours at the 165 km peg along Harare-Mutare road near Rusape where one person died while 30 passengers were injured, eight of them in critical condition.

The driver of a Tenda bus with 50 passengers on board tried to overtake another vehicle resulting in the bus veering off the road before overturning.

Police said they will release more details pertaining to the accident in due course.

Meanwhile, one of the passengers, Enoch Zhungu, who sustained minor injuries, told ZBC News that the bus overturned and dragged on the tarmac after the driver was stopped by police as he was overtaking a haulage truck.

He said the driver lost control of the bus as he tried to return to his lane.