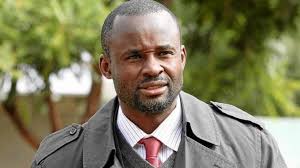 Norton legislator, Temba Mliswa has taken it upon himself to give out evidence against the cartels as he deems journalist ‘captured’.

He claims journalists are no longer doing their job well.

“You guys when we give you the evidence you go on and phone the accused and you are given money and pay your rents,” he says.

Mliswa feels there are ‘white cartels’ which are led by mostly white people.

“I am not saying there are black cartels, they are just about a hundred of them,” Mliswa says.#

Learn More in this video: