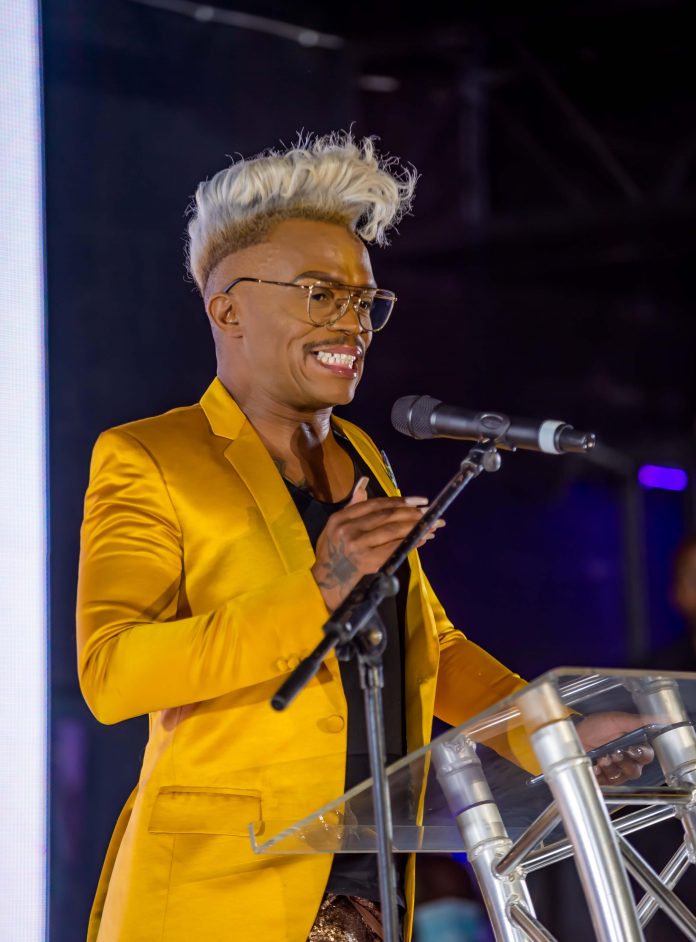 The song has made Mzansi celebs shoot videos of the popular Duduzani Zuma walk challenge that was created after the song was released three weeks ago.

Speaking during the KZN Entertainment Awards held at ICC Arena in Durban, Somizi said the song does not relate with him because he doesn’t want to have large amount of money as the song says.

Somizi said he already has large amount of money and he can’t even do the Duduzane Zuma popular walk that is normally done when the song is playing.

He asked Mzansi artists to write songs that accommodate everyone, and songs that also include wealthy people like him.

Somizi, who is original from KwaMashu township in the north of Durban, was an MC with Pearl Thusi during Entertainment Awards.

IN CASE YOU MISSED: Mzansi Dad Busted With His Daughter’s (10), N_des In His Phone

Somizi said he likes to do the Duduzane Zuma walk challenge, but his problem is that the song does not relate with him at all.

“The song is dividing us who have money and those who don’t have money who want to have it as the song says.

“The song does not relate with me at all and I feel left behind because I also like to be part of Duduzane Zuma’s famous walk challenge.

Big Zulu’s song, featuring Intaba Yase Dubai and Riky Rick, has more than 3 million views in three week on YouTube and it has become number one on iTunes downloads for three weeks.

The song became popular and went viral when the son of former president Jacob Zuma was seen walking with his crew while playing the song.

Mzansi women were impressed by Duduzane’s walk and many people started to do it as a challenge while also playing Big Zulu’s song.

Actress Letoya Makhene back from the dead