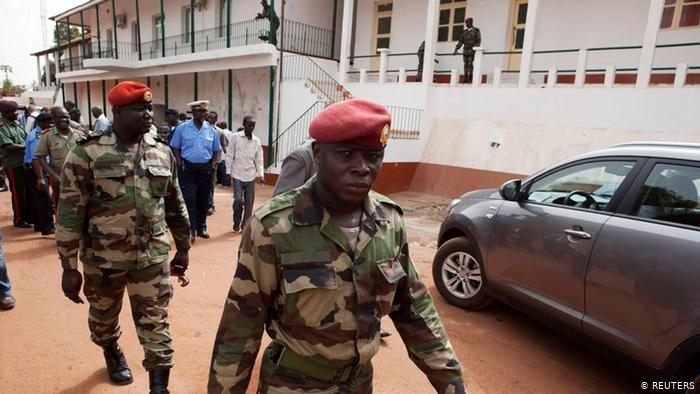 MEDIA watchdog Reporters Without Borders (RSF) has called for an end to the military occupation of the state-owned national radio and TV stations in Guinea-Bissau and urges the authorities to guarantee the safety of their journalists so that they can resume broadcasting.

Soldiers are occupying the state radio and TV stations in retaliation for their failure to cover Umaro Sissoco Embaló’s inauguration as president after his victory in the second round of the presidential election was confirmed at a plenary meeting of the National Electoral Commission (CNE) on 25 February.

The state radio and TV stations have been closed and under armed guard since 29 February, when they stopped broadcasting and their staff were evicted.

“We call on the Bissau-Guinean authorities to guarantee the safety of the journalists of these two media outlets and to ensure that they are able to resume broadcasting,” said Assane Diagne, the director of RSF’s West Africa office.

“We are very disturbed by this situation, which is jeopardizing the continuity of public news services. Soldiers have no place in newsrooms.”

The national state TV broadcaster TGB is often the victim of political upheaval in Guinea-Bissau and in January 2019 its journalists went on strike in protest against political meddling in their news reporting.

Guinea-Bissau has been embroiled in renewed turmoil since the second round of the presidential election, which Embaló, a former prime minister and former army general, was declared to have won with 53.55% of the votes, against 46.45% for Domingos Simões Pereira of the African Party for the Independence of Guinea and Cape Verde (PAIGC).

Pereira and the PAIGC, which has a majority in the national assembly, are disputing the results, claiming fraud, and have referred the matter to the supreme court, which has yet to issue its final decision.

Embaló nonetheless had himself sworn in, prompting the PAIGC to declare a “power vacuum” and appoint its own interim president.

Guinea-Bissau is ranked 89th out of 180 countries in RSF’s 2019 World Press Freedom Index.