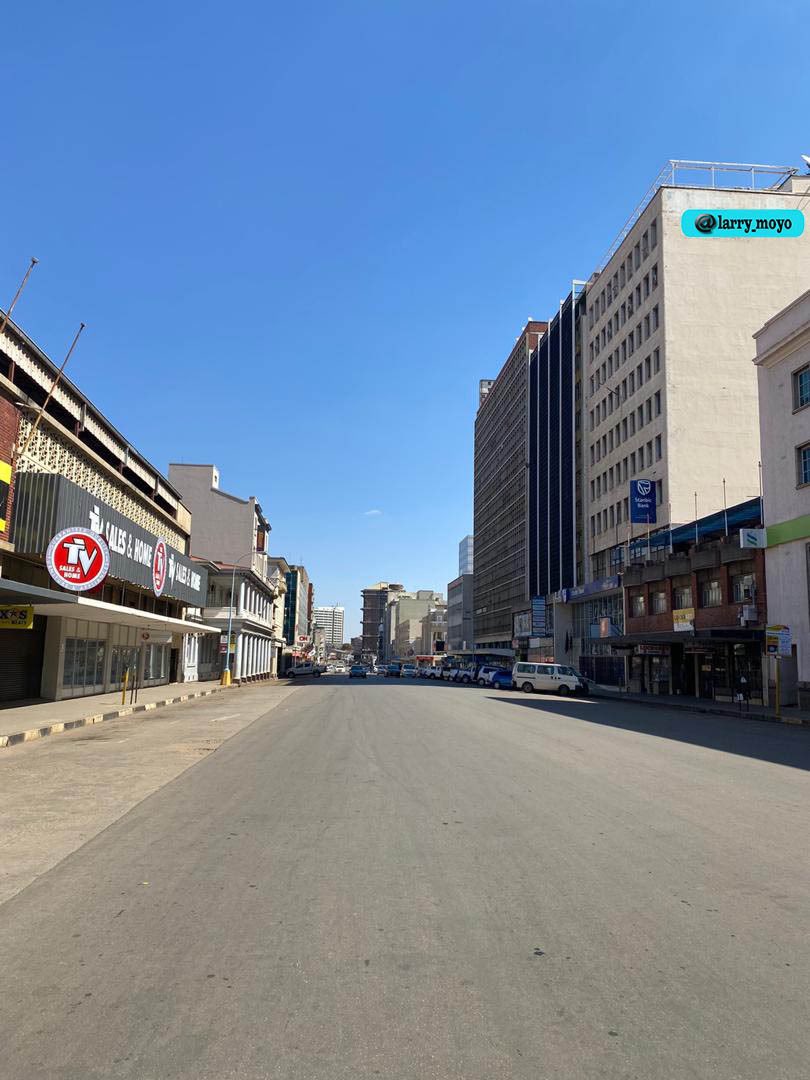 Those few who managed to sneak in regrettably were confronted with a hostile military sjamboking ‘innocent folk’ going about their business.

24newsONLINE gathered some complaints from various sections narrating their ordeal.

“We couldn’t get past Southerton as police had mounted a roadblock ordering us to go back home”, one witness said.

“They did not even bother looking at my exemption letter, they actually said ‘today the person who can read is not available’”, added another.

According to 263 Chat; “Soldiers are reportedly forcing all shops to close in Harare CBD.”

Another witness said; “Soldiers and police out in full force in Harare today. Willowvale Road, Simon Mazorodze soldiers everywhere. Police roadblock at ZBC returning all cars back. Denying all including ZUPCO entry into CBD even those with exemption letters.”

Others got a thorough beating:

This is what’s Harare CBD was left like after this tight operation;

Khupe Allegedly In Talks With Chamisa To Join MDC Alliance