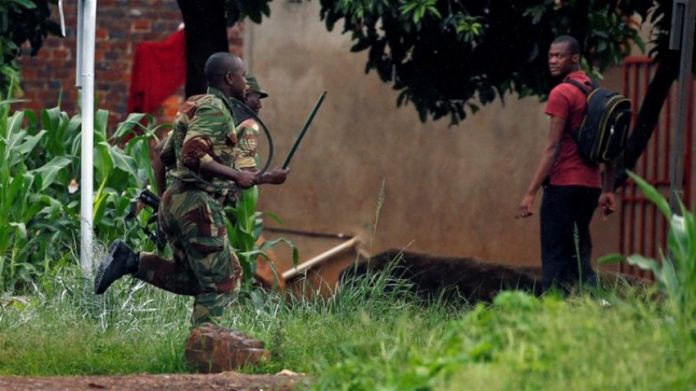 One of Moyo’s neighbours told NewZimbabwe.com that the minister’s sister and a caretaker stay at the homestead. Villagers speaking on condition of anonymity said:

There was a break-in at Minister July Moyo’s homestead. The thieves stole groceries, which had just been delivered. I think the thieves or thief must have seen them being delivered.

… The police first attended the crime scene and then soldiers came and assaulted the villagers accusing them of stealing the groceries. One old man who was assaulted severely was caught cycling his bicycle.”

Meanwhile, Moyo told NewZimbabwe.com that he was yet to be informed about the incident. -newzimbabwe

JUST IN: Manicaland records 9 Covid-19 cases in one day