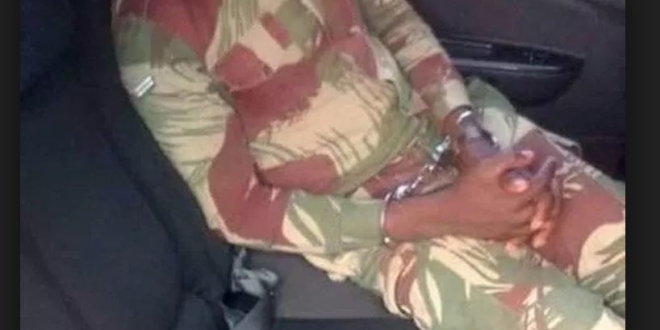 A Kwekwe soldier stood in court yesterday accused of robbing a motorist of his $20 000, Newsday reports. Emmanuel Tafirenyika Kambanje (28) who is stationed at 53 Infantry Battalion in Kwekwe is said to have approached a man who was sitting in his Toyota Allion and accused him of illegal forex dealings.

Kambanje and his accomplices Tatenda Nyakudyano and 2 other persons only identified as Richard and Silas, who are still at large then started to assault the victim and they then searched his vehicle and took over $20 000 which they found in the complaints’ vehicle. They fled the scene after the complaint fired a warning shot and the complaint was helped by the public to apprehend Kambanje and they took him to Kuwadzana Police Station. The $20 000 was recovered.