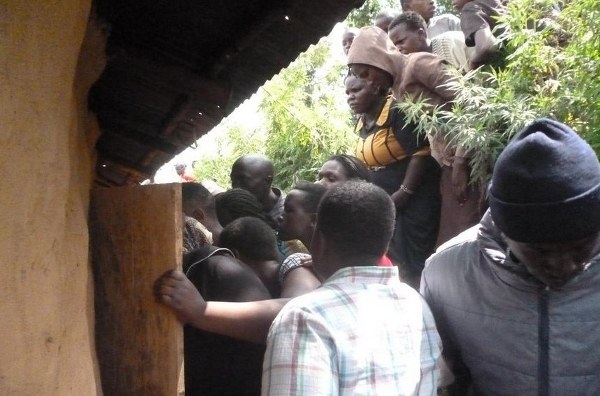 FORMER AmaZulu FC attacking midfielder Mike “Para” Zivira and his two friends were thoroughly beaten at a funeral after they were caught stealing kitchen utensils.

According to a source mourners were left in shock and at a loss for words after a member of the family spotted Para and his partners in crime shoving a sack that contained kitchen utensils under a seat of a Quantum that they were travelling in.

The drama-filled incident which sounds like it was plucked from a Nigerian movie script happened live at a funeral on Monday in Emakhandeni suburb.

When they were confronted by fuming family members, the source said, they failed to give a satisfactory answer.

“It was around 1pm on Monday this week after the burial of Nkonzo Ndiweni. People had dispersed and most of the family members were in the house having a meeting. Para, who was in the company of his friend Albert “Shoes” Magoboyi and another unknown guy were spotted shoving a sack that had plates, pots and teapots under the seat of a cross-border car that they were travelling in,” said a relative who requested not to be named.

“A relative quickly alerted other family members who confronted the trio and pummelled them with open hands, some kicked them while others hurled insults at them. They wailed while pleading for forgiveness,” said a family insider who watched all the drama.

They were asked to apologise for their crime.

“They apologised to family elders and after that they were set free,” said the source.

B-Metro visited Mike at his family house in Mpopoma suburb and he denied the allegation.

“Although I was with them I did not steal. Shoes (Albert) and the other friend of mine are the ones who were beaten by mourners at a funeral accusing them of stealing,” said the former AmaZulu FC, Blue Swallows and Railstars FC star player.