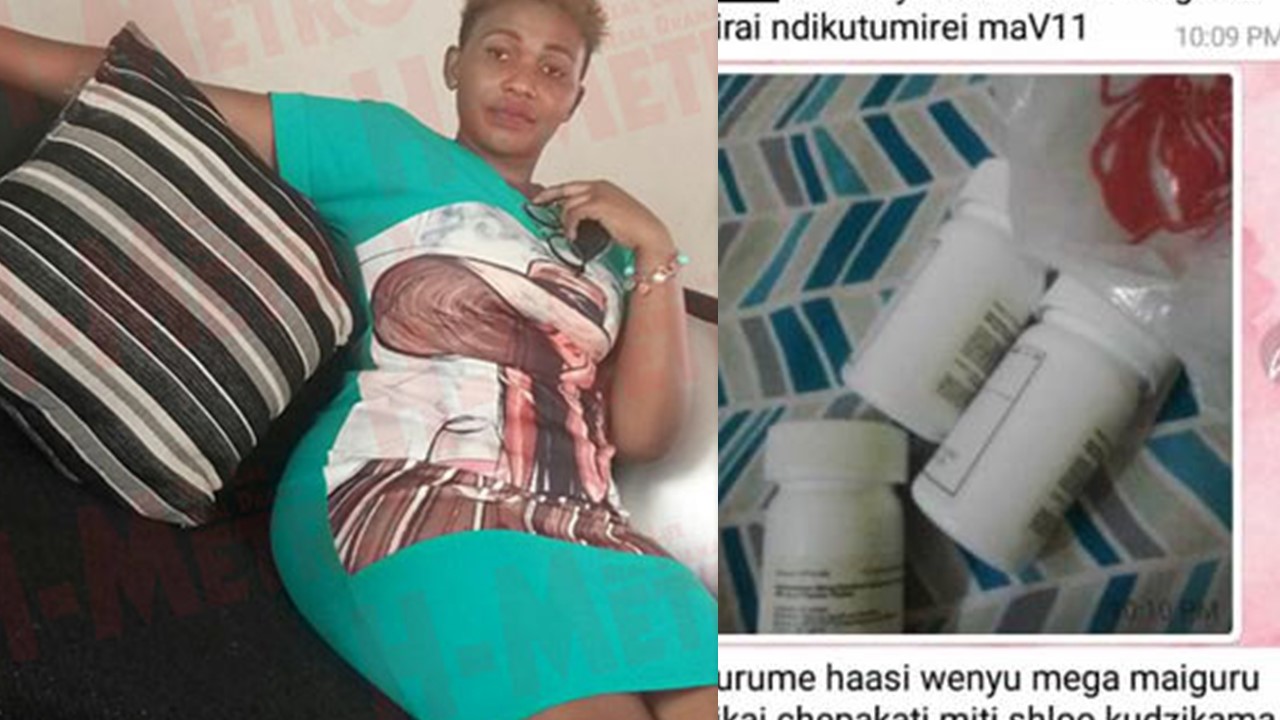 A WATERFALLS woman sent photographs of ARVs to her married lover’s wife, purporting to be hers and claiming she had unprotected s_x with the man.

Cecilia and Brenda separately lodged police reports against each other at their nearest police stations.

Cecilia urged Brenda to go for HIV testing since she had unprotected sex with Tsuro.

Brenda went on post photographs of Cecilia and one Chipo Daliso on several social media platforms labelling them marriage wreckers.

Cecilia confirmed sending ARV pictures arguing that Brenda had been calling her day and night while Chipo joined in attacking her over her claims.

“It is true that I once dated Tsuro but I have since stopped after discovering that he is married and after exposing me to his jealous wife,” said Cecilia.

“I took pictures of my friend’s ARVs and posted to Brenda in anger because she had disturbed my peace day and night by continuous calls.

“Brenda claims that Tsuro does not support her but I have discovered that she spends money buying bundles and air time to call Tsuro’s girlfriends.

Infidelity shakes marriage03 JAN, 2018
“After she posted my photographs and that of ARVs on social media, Tsuro’s other girlfriend Chipo threatened me with unspecified action.

“Chipo is the one bedding Tsuro these days and was angered by my claims that I had unprotected s_x with the latter.

“She urged me to lodge a complaint with police against Brenda for calling us names and I have all the chats.

“Please excuse me from these ladies and I have lodged a complaint with police against Brenda for calling me a whore,” said Cecilia.

She showed H-Metro her WhatsApp conversations with Chipo where the latter claimed that all married men have girlfriends.

Contacted for comment, Chipo claimed to have stopped dating Tsuro despite messages she exchanged with Cecilia.

“I have since stopped dating Tsuro but Brenda has not stopped provoking me over the affair that is what I can say for now,” said Chipo.

Brenda said she was emotionally affected by Cecilia and Chipo’s claims that they were enjoying unprotected s_x with Tsuro.

“Cecilia’s claims also provoked Chipo who is also vowing not to leave my husband despite stories of her that made headlines some time ago,” said Brenda.

Tsuro, a truck driver refused to entertain H-Metro over the allegations by the time of going to print.

Sjava is not the Father, DNA Tests