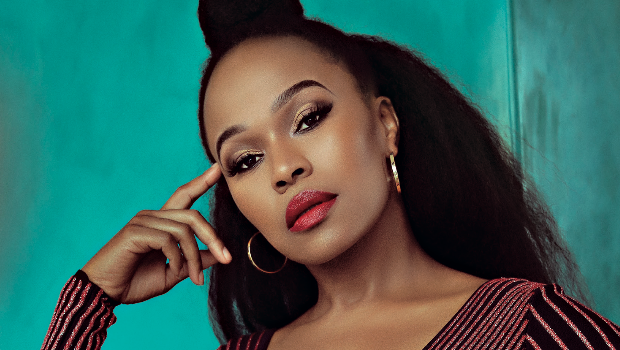 Mzansi telenovela superstar Sindi Dlathu was thrust into superstardom several years ago when she appeared in Sarafina and since then, she has been killing it in the acting game.

The actress who portrays the character of Lindiwe Dikani on Mzansi Magic’s hit telenovela The River is the backbone of the show. Hence we were assuming we had decades of more Madlabantu before we say goodbye. However, with the way things are going on the show, we wouldn’t be surprised if she exits at the end of this season.

Entertainment reporter Phil Mphela has it that the current season will end with a shocker and a major character is leaving.

TV: The River ends Season 3 with a shocker

One major character is leaving the show. No word if it’s a permanent or temporary exit.

Who do you think it is?

Lindiwe’s latest rival Mohumi has evidence of all of Lindiwe’s sordid secrets and is on the verge of spilling all of them. While an exit by Lindiwe would shake the show to the core, it could be possible as Sindi will have her hands full working behind the scenes as executive co-producer.

When asked who they think it is, fans are also hoping it’s not Lindiwe.

Should Lindiwe leave I'm leaving too 😭😭😭😭

All others can go but not Lindiwe. But they said she is now part of executive team.

Will she go? Only time will tell but one thing is for sure, The River will never be the same without her.

Even if she does leave her onscreen persona we are happy she is still affiliated with the show.

Dlathu, who plays the incomparable Lindiwe Dikana on #TheRiver1Magic, is promoted to series co-executive producer.

A huge milestone in empowerment.

Dlathu is a major factor in the success of the show, now she’ll benefit as co-boss. #KgopoloReports pic.twitter.com/ZJQ9O0WWNn

The actress has become a force to be reckoned with in the industry and her lead character on the show continues to steal hearts. Her enthralling performances have been keeping avid viewers of the show glued to their small screens.

Sindi recently walked away with Best Actress at the South African Film & Television Award (Safta) 2020. Dr. John Kani congratulated her and said he is proud of how her career has evolved.

This means a lot to me @JohnKani2thank you for playing a part in honing my craft. The knowledge and the wisdom you imparted in your classes were of great help in my career. You left a footprint in many a performer’s life. Enkosi Tata

Sindi is now joining a batch of Mzansi’s talented women who have proven that nothing is impossible and they are killing it behind the scenes. Another actress who was recently offered a new role in Generations The Legacy is Chi Mhende. The actress is now a trainee director on the show.

The actress’s character was recently written off the storyline on the show, and there were reports which alleged that she was given the boot after fans complained that her character was irrelevant. But speaking to Move Magazine Generations The Legacy Publicist Garaatwe Mokheti refuted the claims.

“Her exit is very much amicable and peaceful, “She is a phenomenal actress and she will certainly soar in whatever she chooses to pursue.” Her last appearance on the show will be on 29 April,” she said.

Those Who Support Chamisa Are The Rebels, Not Us – Mwonzora