Finance and Economic Development Minister Mthuli Ncube on Wednesday told Harare East MP Tendai Biti that SI 142, of 2019 will not be repealed and there will be no going back on de-dollarisation. 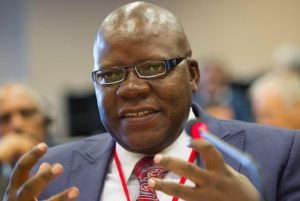 Biti, who was the Finance Minister between 2009 and 2013, had asked Ncube to admit that the attempt to de-dollarise has failed as the conditions for de-dollarisation do not exist, hence SI 142 of 2019 should be repealed. In response Mthuli Ncube said:

Mr Speaker Sir, once again I thank the Honourable Member for the question and suggestion. I politely decline that suggestion that SI 142 can ever be repealed. It will never be repealed. We are well on our way to a mono currency and that is where we are headed.

142 of 2019 was introduced by the government in June and banned the use of multi-currencies in domestic transactions, making the Zimbabwean dollar the sole legal tender.

However, the government has failed to enforce uniform conformity to the regulations as some businesses, from fast-food outlets, to fuel service stations are still trading in the “banned” currencies.