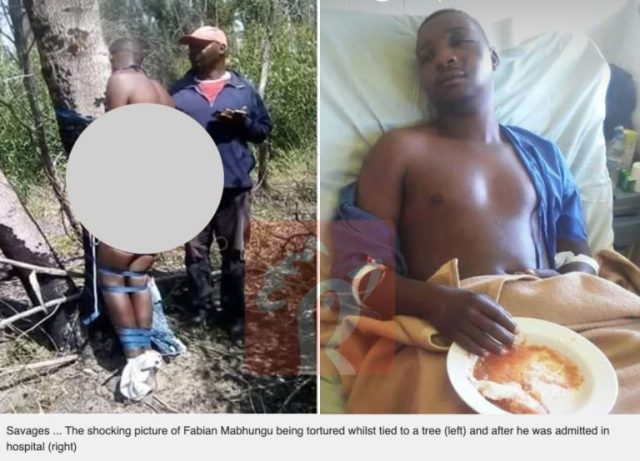 Shurugwi Mine-Boss murders employee after torturing him for two days. The artisanal miners, Fabian Mabungu and Lenny Hwehwe are alleged to have recorded a shortfall of 70 grams of gold during their shift. This did not settle well with their employer (name withheld) who suspected them of thievery and hired thugs to extract information from them.

An artisanal miner was brutally murdered whilst his colleague suffered life-threatening injuries after they were abducted and savagely assaulted by unknown assailants suspected to have been hired by their employer.

iHarare has learnt from the state media that the two mineworkers who were employed at a mining claim in Shurugwi were kidnapped on Tuesday and released on Thursday. Soon after their release, their relatives took them to Gweru Provincial Hospital where Mabhungu died on Sunday.

I can only confirm that two people were admitted, one died and the other was discharged.

Acting Midlands provincial police spokesperson, Assistant Inspector Ethel Mukwende said that the police are currently investigating the kidnapping and murder case. Speaking to the publication, the deceased’s aunt, Ms Theresa Mabhugu shed more light on what is suspected to have really transpired.

It is alleged that on Monday last week, there was a shortfall of 70 grams when these two were smelting gold. That didn’t go down well with the mine owner. On Tuesday we heard that a group of men had abducted them and taken them to Chirumhanzu for questioning. The purpose, we heard, was to force them into revealing where they had stashed the gold.

On Thursday they were dropped off and we took them to Gweru Provincial Hospital where they were admitted until Sunday when Fabian passed on and Lenny was discharged. We have been to the police making a report and we are also awaiting for a postmortem report. Funeral arrangements are underway.