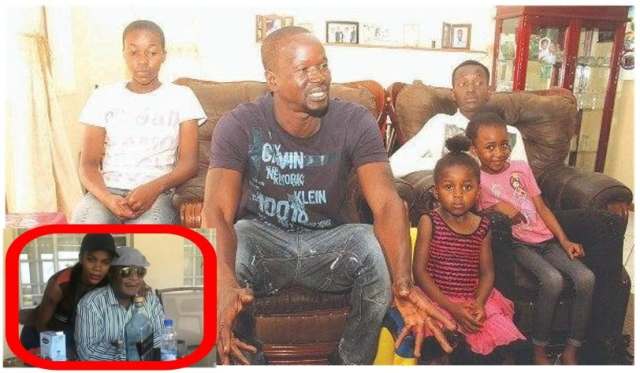 FORMER Zimbabwe international, Shingi Kawondera, has fought many demons in his drama-filled life.

And, if there is anything that keeps him afloat, it is his belief in the bible, his name “Shingayi” (stay strong) and his four kids.
Failed relationships, age cheating allegations, missing out on two big opportunities such as joining West Ham FC and Dynamos FC at the tail-end of his career, losing parents, death hoax, injuries and reportedly battling mental health issues, are some of a plethora of demons “Shumba” has had to confront.

He also had to deal with the loss of his mother in 2005 and his dad four years later.

Kawondera, who spots tattoos of slain rapper Tupac Shakur and Black Panther party symbol, takes all with stride; “I am a child of the liberation struggle. The Black Panther Party tattoo symbolises freedom from oppression.”

He added; “My first name at birth was Tonderai, but it was changed a week after my birth in 1982 to Shingayi. A liberation war veteran emerged from the mountains and pronounced that my name should be Shingayi Muhondo Tichatonga. He immediately returned to the mountains and was never seen again.”

Reminiscing on what he described as the “good old days”, Kawondera looks back at his career with a smile.

“I never thought I would board a plane or share a room with the great Peter Ndlovu, thereby gaining a lot of wisdom,” he said.

“Egypt 2006 (Afcon) was the major highlight of my career. In Egypt I produced Man of the Match performance playing against Nigeria which featured Austin Okocha, Mikel Obi, Nwanko Kanu, Taye Taiwo. I didn’t have a club that time and would train hard for at least three weeks before every qualifier and score for the Warriors,” he said.

Kawondera, who was described by the BBC as the next Peter Ndlovu at the 1999 Under 17 African championships, regrets choosing Turkey over West Ham in 2006.

“I made the grade, but I had not played the 75% games at national team. So I was supposed to join the team after the Nations Cup. I made a mistake and chose Turkey instead. There was also a clash between my old agent (Wieslaw) Grabowski and new agent Mike Makaab,” he said.

Kawondera also revealed that there was no unity in the Warriors camp during his time.

“There are serious divisions in our football. During our time, there were Grabowski people, Dynamos people, Bulawayo people, Harare people and Highlanders. I had always been independent. At some point then-national team coach Charles (Mhlauri) was caught up in those divisions,” said Kawondera.

The 38-year old also spoke about age cheating allegations that have been levelled against him.

“I had always had problem with my birth certificate. My first birth certificate was recorded as female. This was corrected when I was about to write my Grade 7 examination. It came with the wrong name “Shongayi.” At secondary school, I was using the name Shongayi.

“When I got my call for Under-17 that’s when I tried to rectify it and it came back with different age, a blessing in disguise, I guess. When I wanted to take national identification card, that’s when I realized that I was using a woman’s birth entry number,” said Kawondera.

There has been more drama in his life outside the football pitch. His failed marriage to Marry Mbaiwa has made headlines. There was more during the divorce proceedings. Mary, later on, married vice president of Zimbabwe, Constantino Chiwenga but the union didn’t last either. The sad episode should have helped Kawondera become more spiritual.

“I have four kids. Nasir 15 who was born in Cyprus is the eldest. The second born is Afeni (14) (named after Tupac Shakur mother). Destiny, the one I had with Marry, is my third born child and seven-year-old Nandi. They mean a lot to me. Nasir is a very good footballer and is destined to fulfil where I left. He will leave for Portugal soon to stay with my contact,” Kawondera said.

“I am a very spiritual person. I believe in God. I believe in Jesus, but I just do not believe in man leading me to Christ. No! I believe every man’s purpose on earth is to seek Jesus and by grace, not by will, we shall be saved. I do not spend a day without reading the bible. It has been my remedy,” he said.

He added; “In 2013 some people physically attacked me, but that’s a story for another day. I am sure they thought I was dead, but Jesus saw me through. I am not going to point fingers at anyone.

“A lot was said with some saying kuti ndiri kupenga (I was now mad.) They were trying to hide what they had done because they had a little media coverage at that time. I have forgiven them.”

“The story of Mary. She left me in Cyprus in 2010. When I came back home, I found her already married to (Constantino) Chiwenga.

“She took off with some of my clothes, almost $44 000 and my Compressor C200 after selling our Borrowdale property. She has also barred me from seeing Destiny for the past nine years.

“The last time I saw Mary was in 2013 and she had four bodyguards. She wanted to force me to sign some document whereby she was claiming full custody of our daughter and I refused.

“She threatened me with my life but I didn’t back down. I was attacked later on by some people I have the wounds. My company too Lachelle boutiques, which she once denied to ever owned, but I’m seeing it appearing in papers as part of their divorce settlement,” he claims.

The 38-year old has decided to live a life from public glare and has cut his dreadlocks in his bid to move away from the spotlight.

In all this, Kawondera, believes the storm is over.

“After winning the court case with Marry, I will travel back to Cyprus to study coaching there. My Senegalese friend that I used to play with in Cyprus now works with Goerge Mendes and offered me to scout and train players here. After this pandemic, we will set up everything,” said Kawondera.

The former Zimbabwe international also remembered his first match in CAPS United colours on his return to the local Premiership in 2012 and how his dream move to Dynamos collapsed.

“I had always admired the way Caps United played my friends Cephas Chimedza and Silent Katumba had a history with the club. I had always been a good friend to Farai Jere. I did well at in the first game. I was using my professional approach then the power struggle started between Farai Jere and Twine Phiri.

“At training there were also problems between assistant coach Lloyd Chitembwe and head coach Sean (Conor) which divided players. Caps United was basically dysfunctional that time with players revolting over unpaid three-year bonuses. They never terminated my contract,” he said.

“Yes Calisto Pasuwa (then Dynamos FC coach) really wanted me at Dynamos but Kenny Mubaiwa was the president. I couldn’t work with him because of what was going on between me and Marry (his daughter),” said Kawondera. – Online