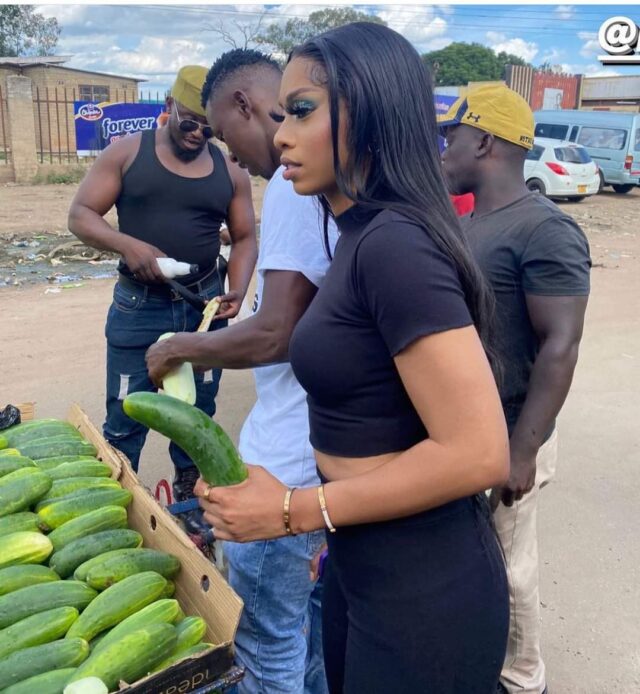 Levels have torched a storm after his nudes and s&x tape with Shashl leaked over the weekend.

In his defence, he claimed his cellphone was stolen and hacked.

However, social media users could not buy his narrative as they were convinced he deliberately leaked the nudes.

She bared her soul, exclusively to H-Metro, while sobbing.

He forced me into the situation. He would force me to sleep with him when I didn’t want to.

“It started on social media when people were saying Levels and Shashl are dating, yet we were not.

“He is actually the one who posted that story.

“Later on, he started to corner me to sleep with him.

“I refused on several occasions before he threatened me that he would not record my music,” she said.

Levels then moved to the next level where he forced me to actualize the relationship, which I didn’t want.

“I refused to actualize the relationship.”

Shashl said she was cornered into this mess.

“I was cornered, I was between a rock and a hard place.

He kept threatening me over releasing some n_des.

He then released a picture of us kissing, in which he warned me that he was showing that he can do more than that.”

She said Levels lied and that his phone was stolen.

“It was a lie that I stole his phone, how can I steal his phone?

“If I had stolen it, why was he calling?

“He released his n_des to act as if someone was dropping them, he then later released a s&x tape,” said Shashl

Teachers4ED Urges Govt To Protect Teachers From Exploitation In Britain