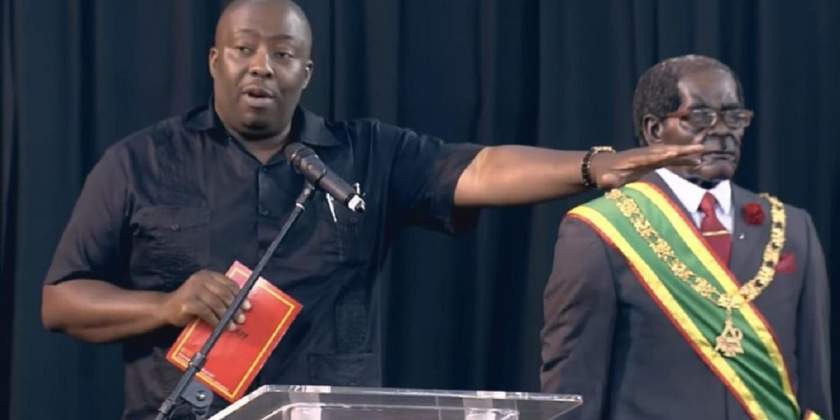 Saviour Kasukuwere’s political project suffers stillbirth. The Movement which describes itself as a Social Movement created for Generational and Leadership Renewal in Zimbabwe under the able Leadership of Saviour Kasukuwere launched itself with a radio in Bulawayo in 2019 and Kasukure thanked the organisers for endorsing him.

The much hyped #TysonWabantu Movement that took Zimbabwe by storm in 2019 has fizzled out and lost steam political analysts have said. South African based political analyst Kelvin Mazhandu said, “The Kasukuwere baby that took social media by storm last year can now be seen as what it was initial is; a retirement home for exiled political figures who were, unfortunately, victims of the bloody November 2017 coup.

“If you look at how quiet the project has been of left one can only see that it was a case of biting more than one can chew or of counting their chickens before they hatch. Kasukuwere banked on his previous popularity under the Mugabe regime forgetting that he was merely a groomsman at a wedding.”

“When Malema told Kasukuwere and other former Mugabe ministers to unite and work with the Zimbabwe Economic Freedom Fighters, Kasukuwere’s project was doomed to fail. Kasukuwere should just accept that no matter how Popular he is, he is just a flight by night like all others.

Serious politicians like Jonathan Moyo who know that opportunism does not work have retreated to other things. I would advise my brother Kasukuwere to do the same and not only him but Walter Mzembi also,” Dube said.

The South African government recently banned individuals who are under political asylum in South Africa from participating in politics.

Man Killed By An Elephant In Victoria Falls