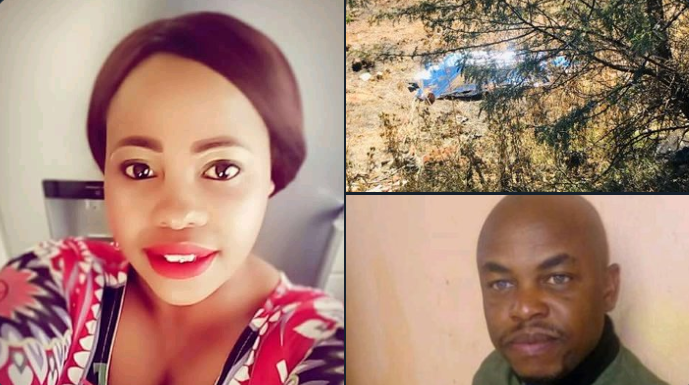 Following yet the discovery of the young woman’s body yesterday Morning, in Dobsonville gardens bridge, near Sasol garage, Soweto, with the media not being able to get her identity by yesterday late.

The Polokwane news report this very morning that the young woman was identified as Sanele Mfaba, who it is suspected that she could have been allegedly murdered by her boyfriend Tshepo Mashego a (Wata Taxi driver).

The body of Sanele was discovered just one day after the burial of Tshegofatso Pule, also a Sowetan who was found hanging from a tree in Roodepoort at the beginning of the week, after having left home with the pretext of visiting her boyfriend in Florida.

My Sister Sanele Mfaba was found dead this morning at Dobsnville Gardens she was brutally murdered by her boyfriend Tshepo Mashego WATA taxi driver💔😭 I had to delete the first tweet cause I've noticed that it's was sensitive to people 💔😭 #JusticeForSanelisiwe pic.twitter.com/1a4ITJd5OT

The gruesome killing of the women has been making headlines in South Africa for the past several years, with the recent incidents being the turning-point, after almost all gender-based organizations political parties, joining in, in calling for the government to take stricter actions against the culprits.

Just prior to the burial of Tshegofatso Pule there was a massively organised night vigil, in protest of the Gender-based-violence being the order of the day of late, with the ANC and its Women’s league Wing joining calls for the powers that be to look into the matter.

US coronavirus death toll rises past 3 000 on deadliest day…