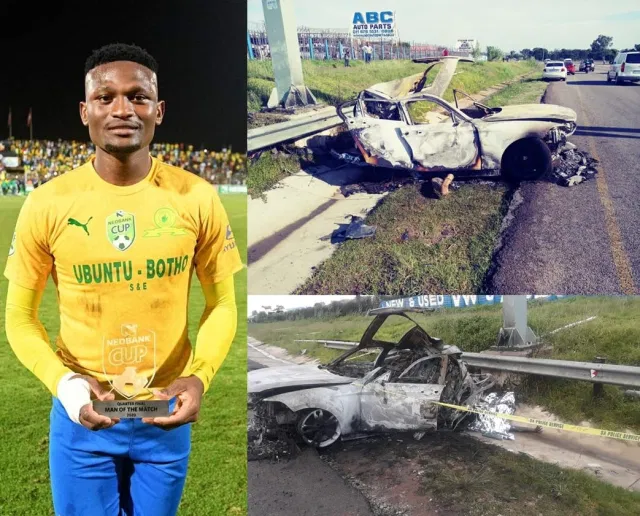 Former Bafana Bafana coach Shakes Mashaba believed highly in the late Motjeka Madisha’s abilities to the point that he thought the Mamelodi Sundowns defender had the capabilities to one day lead Masandawana and Bafana Bafana.

Barely a week since the burial of former Downs right-back Anele Ngcongca, the Brazilians and the football fraternity are mourning the untimely passing away of Madisha, who tragically burnt to death in a car crash in Kempton Park yesterday morning. His vehicle burnt after colliding with the road safety barriers. Madisha was with a passenger who was also declared dead on the scene.

“I spoke to someone who arrived at the crash scene soon after the accident and he described a horrific scene with one body burnt beyond recognition,” a club official said.

“Motjeka apparently managed to crawl out of the burning vehicle, but was declared dead by medical personnel at the scene of the accident.”

Mashaba told Phakaaathi: “He was a quiet youngster and he had the potential to become the captain of both Bafana Bafana and Sundowns. We are shattered.”

Mashaba, who observed the 25 year old’s talent when he was in the Bafana hot seat, recalled a long list of soccer player who lost their lives on the road, usually in the wee hours of the morning.

“It is becoming a problem because we always cry about these players – Richard Henyekane, Lesley Manyathela, Gift Leremi and others. Last month it was

Anele who died in a car crash.

“I know when things are like this people will say players must be taught, but there is no way players will be taught things like this. They are not staying at club houses like boarding school,” said Mashaba.

“Sundowns are really going to miss him at the back because of the responsibility that they gave him. He was playing more like a sweeper which is a very demanding position and he has been doing that very well. There was no one who doubted his abilities.”

“I am still trying to ascertain facts of what really transpired, but this is terrible news for football,” said SA Football Association president Danny Jordaan.