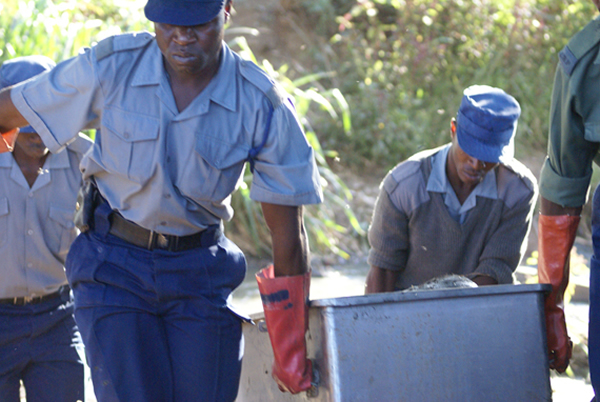 Mashonganyika passed away at a private hospital in Chiredzi.

According to a source close to the matter, who spoke on condition of anonymity, in 2016 Mashonganyika entered into a deal with a buyer only identified as Gombiro, and he was paid US$2 800 as part payment. The stand was valued at $10 000. However, Mashonganyika later sold the same stand to Zandile Chipendo.

Gombiro engaged a lawyer following a tussle with Chipendo over ownership of the stand.

In the heat of the wrangle, Mashonganyika threatened to commit suicide, but the buyers were not moved by the threat. He drank an unknown substance, but was rescued by some members of the public.

Four days later, Mashonganyika left his home after threatening to commit suicide again and was reported a missing person.

A search party spent the night looking for him. He was found unconscious on Tuesday morning after he again drank an unknown substance. He was taken to a private hospital where he was admitted until the time of his death.

“Cde former councillor Samuel Mashonganyika was a very loyal member to the party and council. He served in the office of councillor for ward 7 from 2013 to 2018. Was party district secretary for information and publicity at ward level. At council, he held chairmanship of finance committee. He was also a church elder with Zaoga Forward In Faith. It’s a big loss to the party and Chiredzi community,” Ndava said.

The incident opened a can of worms as more people started to come up with accusations of shady land deals that sucked in ward 1 councillor and Chiredzi council chairperson Gibson Hwende, and ward 2 councillor Obert Ngwenya who chairs the housing committee.

One land seeker Manyisa Kesani claimed that she gave Hwende R4 000 for a stand at a newly-established residential area, but he did not honour his promise.

“I gave Hwende R4 000 and Ngwenya R60 000. Now I am having problems with my in-laws because they no longer trust me. What I only want right now is my money, if the deal has flopped,” Kesani said.

Hwende said he assisted people from Kesani’s company in 2013, but could not remember entering any deal with Kesani.

“Yes, I assisted other people at her company, but I cannot remember entering a deal with her alone. I would like to see her so that we talk over the matter,” Hwende said.

Kesani went on to say that after her deal with Hwende failed to materialise, she approached Ngwenya who demanded R60 000. She said Ngwenya also never honoured his promise, and she is yet to recover her money from the two.

Contacted for comment, Ngwenya said he did not know her. “I don’t know the person you are talking about, but I would like to see the woman to discuss the issue,” he said.

The cases are just a tip of an iceberg as more cases of corrupt land deals are being exposed. Former Local Government minister, Saviour Kasukuwere once dubbed Chiredzi as one of the most corrupt councils after the former councillors allegedly allocated themselves 40 stands each.