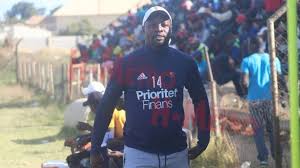 Football star Tino Kadewere’s brother and former Beta XI coach Prince Kadewere has died. His death was announced on Twitter by Robson Shakuro who did not say much about the late Prince or the circumstances leading to his death.

Hearing some heartbreaking news that Prince Kadewere, the brother of Tino, as good a guy as u will ever meet in life and a good coach, in his own right, has passed away this morning. I’m overwhelmed with grief right now

Detail of how Prince died and any burial arrangements are still not known, We will update this article as new details emerge.