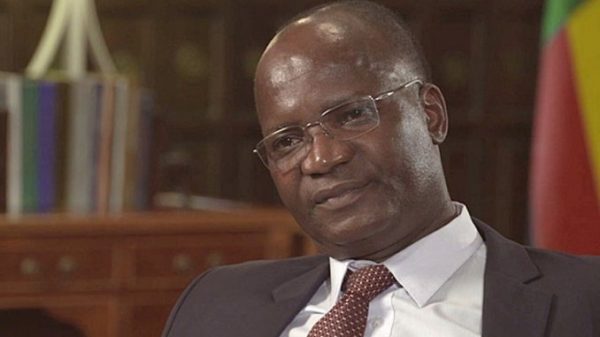 Johannesburg – Death has hit the family of former Zimbabwe minister of information and publicity professor, Jonathan Moyo, again on South African soil, this time a double blow.
Moyo is mourning the loss of his two nephews, aged 19 and 22, who died in quick succession in a suspected case of food poisoning in Joburg.

In October 2015, Moyo lost his 20-year-old daughter, Zanele Naledi Ntombizodwa Moyo, who was a student at the University of Cape Town. She was found dead in her private off-campus flat.

Moyo, who has been in exile since his foe Emmerson Mnangagwa ascended to the presidency in 2017, revealed the latest tragedy to his Twitter followers in a heart-wrenching post.

His followers, including fellow politicians David Coltart of the opposition MDC and his former Cabinet colleagues, Saviour Kasukuwere and Walter Mzembi, flooded him with messages of support in a series of comments on the social media platform.

Moyo announced that Nkosinolwazi Gimmick Maseko, who would have turned 19 last week and his cousin Thabo Brandon Mkhize, who celebrated his 22nd birthday three days before his untimely death, were laid to rest on Tuesday in Joburg.

They both died on May 17 after eating allegedly poisoned mince meat bought from an Orange Grove, Joburg, supermarket.

Professor Jonathan Moyo’s nephews who died in quick succession in a suspected case of food poisoning in Joburg. Picture: @ProfJNMoyo

In the tweet, Moyo wrote: “Tragedy has struck us in Joburg. We have lost Lwazi Maseko in pink T-shirt (son of Samkeliso, my cousin sister) & Thabo Ndlovu (son of Samkeliso’s late brother Melusi) in blue T-shirt. They ate poisoned mince meat. Samkeliso is daughter to Uncle Jonathan, brother to my mother. God!”

Family members who spoke at the funeral, broadcast live on Facebook and YouTube, said that it was “a devastating time for the family”.

Four other family members were hospitalised after eating the same mincemeat. However, they have since been discharged.

The mother of one of the boys, Samkeliso Maseko, is one of the four survivors.

Indications are that the family had to wait for her to be discharged before laying the two to rest.

“It seems they ate poisoned mincemeat which was bought from a local butchery” read a WhatsApp message shared by Moyo on his Twitter account.

Mkhize was a third-year BCom student at the University of Johannesburg, while Maseko was in Grade 12 at King Edward VII School.

In a separate WhatsApp message also shared by Moyo on Twitter, a family member said police were investigating the case.

However, efforts to get comment from the Gauteng police were unsuccessful as they could not locate where the case was reported.